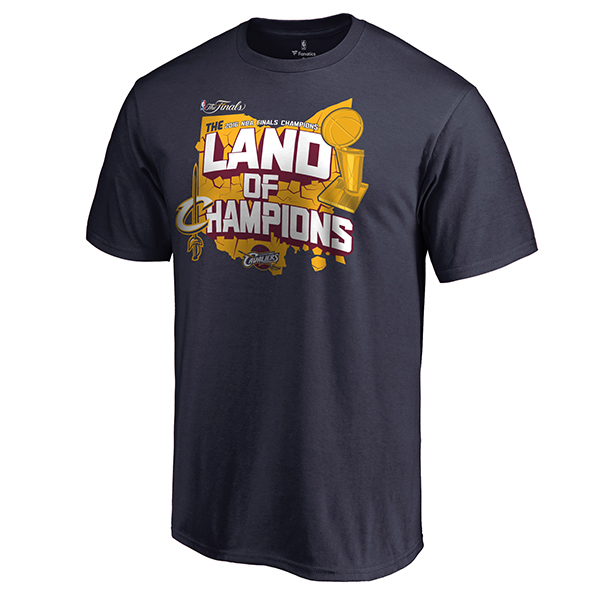 Our friends at Fanatics were up late last night preparing the Cavaliers 2016 Championship gear. The NBA Store is now stocked up on all the Cavs gear fans want. Peep the photos above (and if you’re not in NYC, cop gear online here). More details, from Fanatics x NBA Store:

No time is being wasted at Fanatics in the wake of the Cleveland Cavaliers winning their first-ever NBA Championship. Cavaliers Championship T-Shirts are already being printed at Fanatics fulfillment centers following LeBron James, Kyrie Irving and company finishing off the Golden State Warriors to wrap up the greatest NBA Finals comeback in history.

The Cavaliers brought the first major professional sports championship to Cleveland since 1964 with a 93-89 triumph in a road Game 7 against the Warriors. In doing so, the Cavs became the first team in NBA Finals history to battle back from a 3-1 series deficit to win the championship.

A championship that Cavs fans have been waiting decades for, and envisioned since James was drafted by his hometown team in 2003, is undeniably sweet for the loyal Cleveland sports faithful. How it came about, though – James reclaiming his throne averaging 36 points in three must-win games, Irving showing his clutch gene and the team redeeming last year’s Finals loss to Golden State – has to make the champagne taste even sweeter.