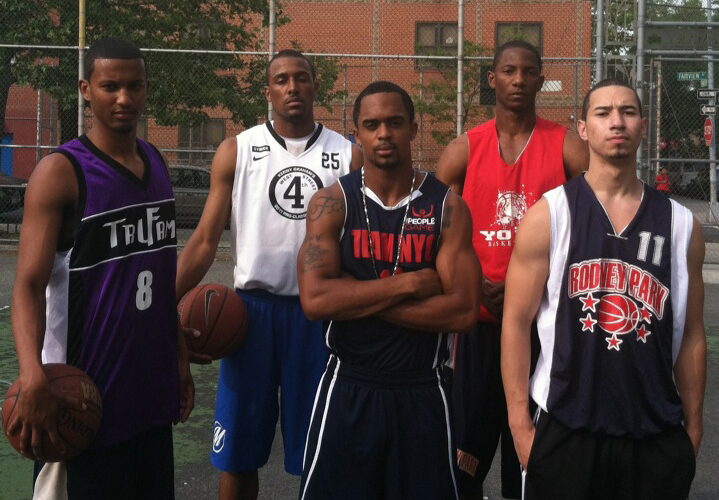 Sports have the power to inspire and make things happen on a larger scale. The Golden State Warriors are living proof of that statement. Everything they do is analyzed and processed, as they continue to march towards history…while the world watches in amazement.

Meet Susan Torres the founder of Slam Dunk Bookings, a booking and casting agency that works with athletes for commercials, TV/film, and print ads. The single mother of two has a love for basketball, shared by her sons Norman, and Devin. What began as opportunities to get her family involved in acting turned into a business that not only helps the industry, but also broadens the horizon of her clients.

SLAM recently sat with Susan and some of her clients as they explained how the business works and how everything got started.

SLAM: I hear you’re an avid reader of SLAM. How has the magazine influenced you?

Susan Torres: SLAM has been a big influence on me for 15 years. My sons love basketball. Both of my boys played, and my oldest wanted to go to St. John’s to play. I owe everything to them, because they always wanted to watch the games and play. My oldest, Norman had the love, and my youngest Devin had the talent. When I made Easter baskets, I put SLAM in there, with Gatorade. My children had braids because of Allen Iverson…they really embraced the sport.

SLAM: What specifically is so appealing about the game?

ST: Basketball is a dream. It’s a game where you can do anything…and you don’t have to play. Basketball can take you anywhere…athletic training, acting, modeling, anything.

SLAM: Why did you start Slam Dunk Booking?

ST: It began as a way to help my sons get work. I was a mom manager. I remember this one big casting for Powerade and my son and his friends all got booked for a national campaign. I realized that I had a talent for booking and I always got my family and friends jobs. From there, it’s all word of mouth…everyone knows each other, from West 4th, to Dyckman, and the Rucker. I want the best for my clients. I provide training and instruction. This is more than basketball roles…I’m looking long term to cultivate athletes into actors.

ST: MJ, I have to say him because of how he played so unselfishly. I remember when he passed the ball to Steve Kerr, and that said so much about the trust he had in his teammate. As for my favorite film…I have to say Hoop Dreams because I can relate. It reminds me of my son Norman, how inner city kids feel about basketball being their ticket out…it’s their escape.

SLAM: You were on the AND1 Mixtape Tour, what is it like now to work in television with Susan Torres?

Anthony “½ Man ½” Amazing Heyward: Working with Susan has been a pleasure and a joy. I met her through a friend doing some security work in Brooklyn. I was still playing ball, but I was open to doing other things. Susan was looking for athletes…I already had my SAG card…and two days later she had a job for me. She is a good person and really cares about people. One thing that she told me was that she wants to bring authenticity to the screen by getting real athletes and ball players. That stuck with me. She’s about business, and artist development.”

SLAM: You’re playing professionally in Canada, why are you working with Susan, what do you like most about her?

Bilal Benn: She makes people feel comfortable, and she speaks with confidence. She’s a very positive person, and has great energy. She’s the type of person you want in your corner. I want to do commercials and TV shows, and just stay involved in basketball as much as possible.