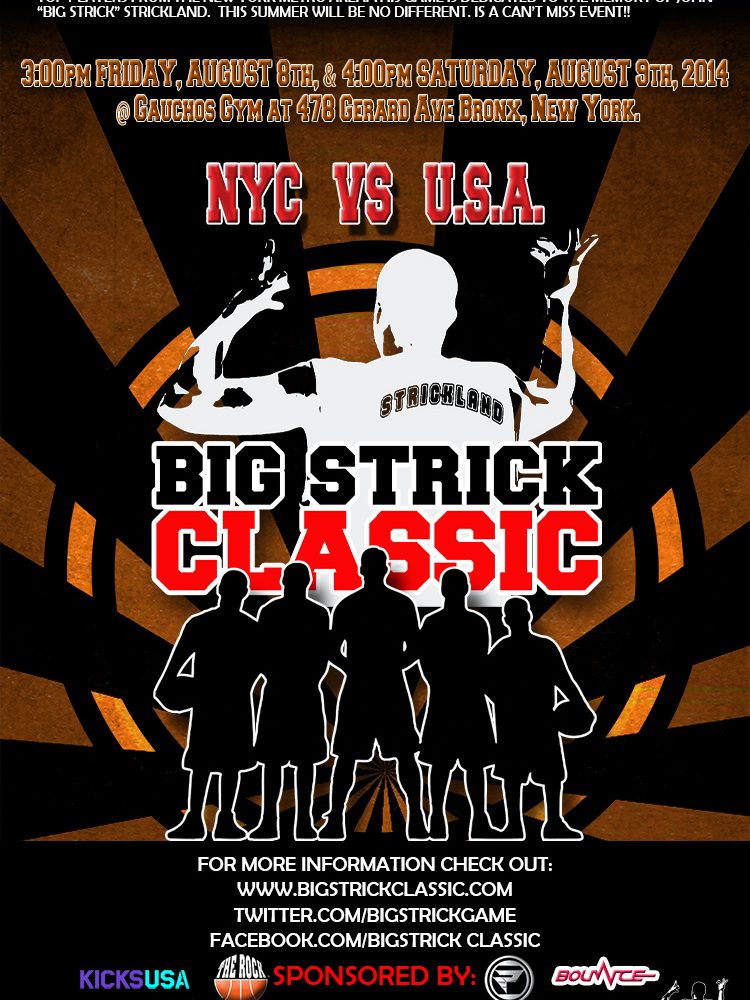 The Friday scrimmage and Saturday game will once again be held at Gauchos Gymnasium in Bronx, NY. The event is a memorial to legendary streetball player John “Franchise” Strickland, featuring some of the top high school players from around the country—the USA team—against the top players from the Tri-State area—the NYC team. Admission to the game is free and open to the public.

SLAM has been a proud sponsor of the event since its inception, covering the inaugural game in 2011, as well as the following years. The 2014 showcase projects to feature the same kind of elite talent.

Stay tuned for more coverage of the upcoming event on SLAMonline.com—we will be there every step of the way. For now, below is the official press release, followed by the rosters, courtesy of our friends at the Big Strick Classic:

The 4th Annual “Big Strick Classic”  Memorial high school basketball game will be held on Saturday, August 9th , 2014 @ Gauchos Gym at 478 Gerard Ave Bronx, New York.Admission to the game is free and open to the public.

There will be free giveaways for the fans who attend the game.  This game is sponsored by  Left Hand, Right Hand, LLC, Metal Sales, The Rock Basketball, The Profender, Facade Technology, KicksUSA, Bounce, Protege Sneakers and Slam magazine.

On Friday, August 8th, the players will be at the Gauchos Gym, starting at 10:00am (Media) 12:00pm (General ,  for a workout and press day, which will be open to the public.  That evening, the players will scrimmage starting at 4:00 PM.  The atmosphere will be electric when the top players from around the country invade New York City!!!

On Saturday, August 9th, the doors open at 3:45 p.m., and the event starts at 4:30. Again, admission is free. We will also be giving away 500 tee-shirts from Anaconda Sports to the 1st 500 fans that come to the game.  The players will participate in a 3-point shootout sponsored by The Profender followed by a Dunk Contest Sponsored by KICKSUSA before the main event.

THE BIG STRICK CLASSIC gives the New York area basketball fan a chance to see these up and coming stars in person.  Where were you when Archie Goodwin went up against Kyle Anderson? Were you there when Jordan Mickey made the game saving block on Schoochie Smith? Were you there when Isaiah Briscoe led team NYC to a 50 point fourth quarter to earn the nickname “Must See TV”? You don’t want to miss this event!!!

Just look at the rosters and you’ll see what we mean.

All players have connections with the side they are playing on regardless of where they go to school.

Jonathan Hargett — Legend from Richmond Virginia in 2001 Was projected to be first point guard ever drafted straight from High School.  Allen Iverson with a 45 inch vertical. Famous for lobbing the ball off the backboard to himself as a 6’0 guard. Pros like Tracy McGrady and Vince Carter stole his moves and incorporated in their games.

Lloyd “Swee’ Pea” Daniels – Living legend from NYC. His story has impacted thousands and is true meaning of a LEGEND.

Kenny Satterfield – One of the Greatest ever out of Rice High School in NYC. Former McDonalds All American played in the NBA for Denver Nuggets and Philadelphia 76ers and spent a number of years playing pro ball overseas and in various leagues..

Mike Dean – Man behind the scenes with Kenny Smith’s All Star Weekend Activities. Also has worked with other greats such as Kenny Anderson. 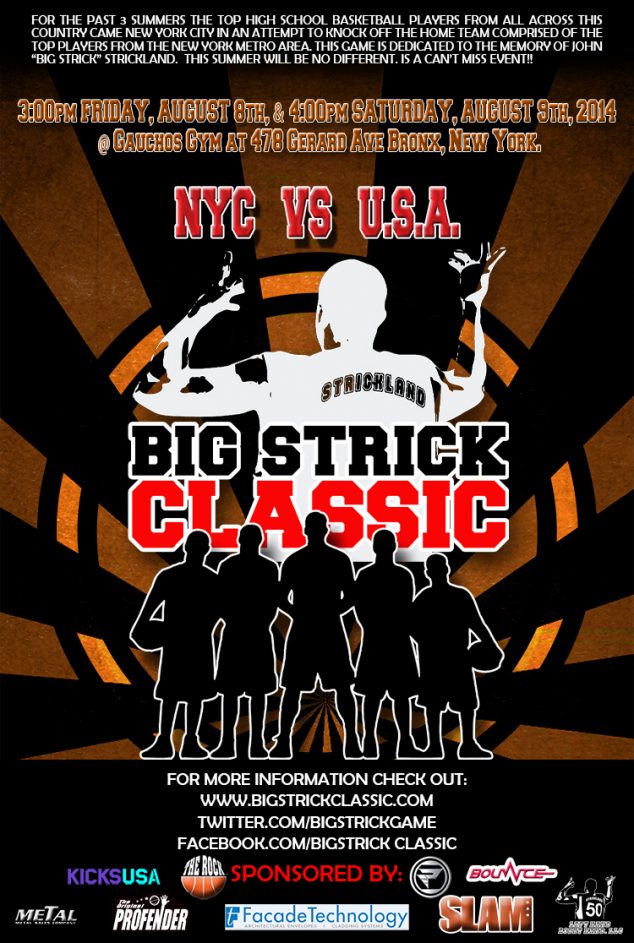