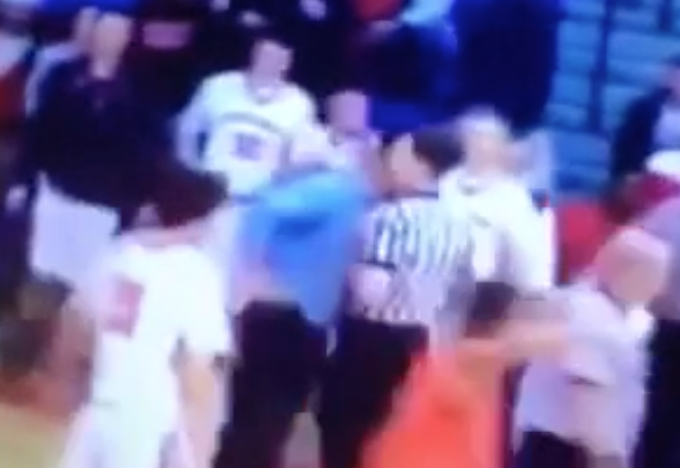 This is not a good way to express your disagreement, random high school basketball coach. The full story behind this incident is nuts—basically, Jerry Devine of Neshaminy High School in Neshaminy, Pa. got really mad when an official in his team’s game against a rival school called a charge. He got T’d up for yelling at one of the referees, and was so mad that he decided that the only way to properly express his outrage was to headbutt a different ref. Unsurprisingly, the coach has been put on administrative leave by the school. Watch the jarring video above.