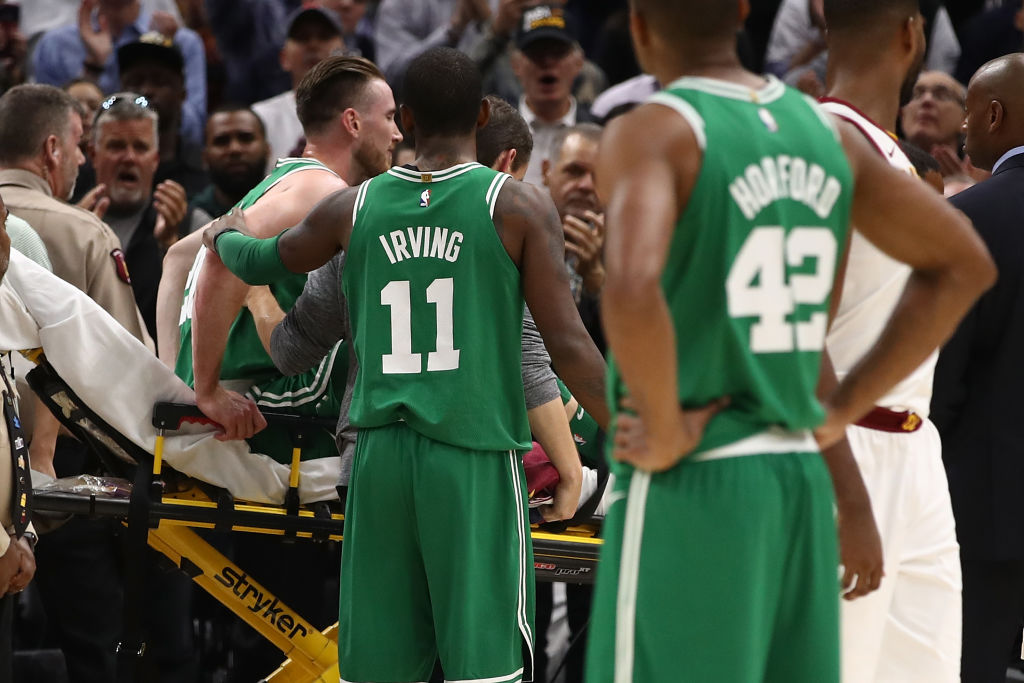 According to agent Mark Bartelstein, and to no one’s surprise, Gordon Hayward likely won’t be suiting up against this season.

Hayward went down horrifically in Tuesday night’s season-opener, and had surgery Wednesday night to repair a dislocated left ankle and a fractured tibia.

Bartelstein said the operation was a success, and says the 27-year-old will eventually regain his All-Star status.

“We expect him to make a full recovery and return to his All-Star form,” Bartelstein said.

Earlier Wednesday, Hayward taped a video message to Boston fans from his hospital bed, and it aired to thunderous applause before the Celtics’ home opener on Wednesday night against the Milwaukee Bucks at TD Garden.

If Hayward is out for the season, the Celtics can collect on insurance by getting back 80 percent of the money it owes him for 41 games missed.