Agent: Greg Oden Not Thinking of Retiring from the NBA

When the Portland Trailblazers parted ways with Greg Oden last month, there was speculation around the League that Oden’s career could be over. Not so, claims his agent. Per CSNNW: “The Greg Oden era may be over in Portland but Oden’s agent, Mike Conley, Sr., says don’t be too quick to consider Oden’s career to be over. ‘Everyone is quick to talk bust, but put themselves in his shoes,’ Conley said. ‘He has gone through a lot as a young man and he is continuing to work to get back. For him to come back is going to be a remarkable perseverance on his behalf.’ Having gone through five major knee operations, Conley says Oden’s spirits are high and he’s looking forward to getting back on the court and proving that he can still be a force in this league. Which means, he’s not thinking about calling it quits. ‘No he’s not retiring. The only way that would happen is if he was forced to and I don’t see that happening,’ Conley said. ‘He’s dedicated to making sure he’s back on the court as soon as possible.’ […] In four seasons, Oden has played in only 82 career games. He’s back in his hometown of Indiana and is still immobile on crutches. If rehabilitation goes as planned, he could be ready to play by early next year. The Miami Heat and Indiana Pacers – to name a few – have been rumored to have interest in the unrestricted free agent big man. When asked if Oden would consider re-signing with the Trail Blazers if an offer was presented, Conley said, ‘There’s a possibility. Obviously, that decision is up to the Blazers, but my job as his agent is to find him the best offer out there on the market. Absolutely, no way in the world is the answer no.’ Conley did say that he hasn’t heard anything from the Trail Blazers indicating that they’re interested in his client’s services.” 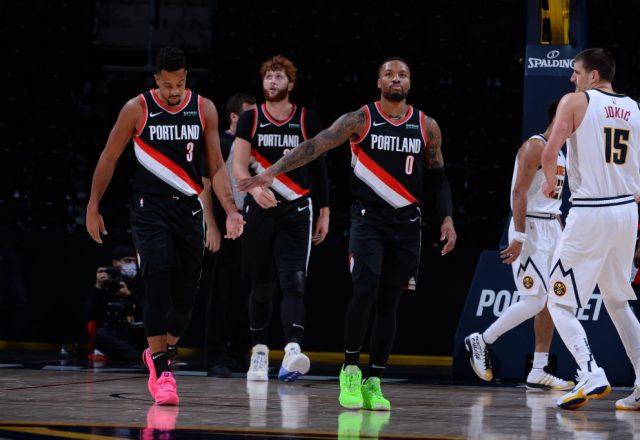