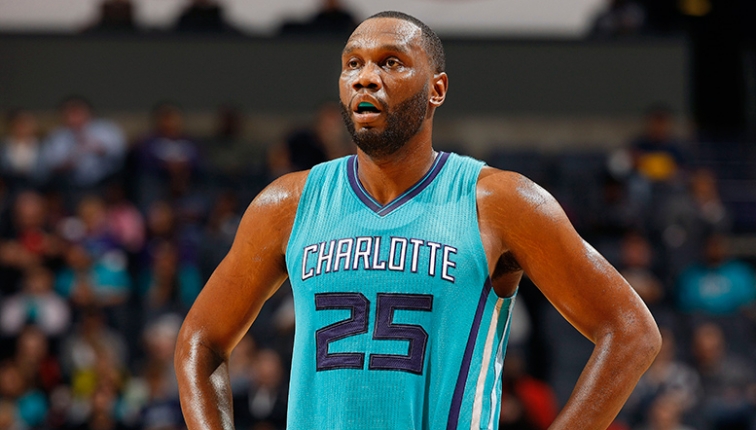 The Charlotte Hornets announced Monday night that starting center Al Jefferson will be sidelined for the next 2-3 weeks, as he recovers from a strained left calf.

The big fella was hurt in Sunday’s 87-82 win against the Milwaukee Bucks.

From the press relase:

Jefferson is averaging 13.7 points, 6.4 rebounds and 1.1 blocks per game this season. The 30-year-old has led the team in rebounding in five contests and has four double-doubles in 17 games. The Prentiss, Miss. native recorded 26 points, 10 rebounds and five blocks vs. Philadelphia on Nov. 20, becoming only the second player in the NBA this season to record at least 25 points, 10-or-more rebounds and five blocks in a game. Jefferson recorded a season-high 31 points (15-of-18 from the field) and grabbed nine rebounds at Dallas on Nov. 5.