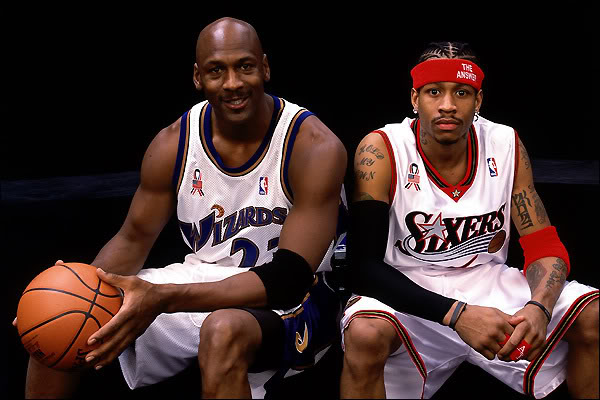 Though he still keeps up with the game—routinely checking in on favorites such as Russell Westbrook, Stephen Curry and Kyrie Irving—basketball no longer consumes Allen Iverson.

Iverson, turning 40 years old in a few days, now leads “such a normal life” outside of Miami as a perfectly content stay-at-home dad.

The Answer was asked to name his all-time Big Three, and claims that a squad somehow featuring him, Michael Jordan and Shaquille O’Neal would be unbeatable.

Until the bowling alley incident—a brawl that eventually led to Iverson, a 17-year-old, being convicted as an adult of maiming by mob—turned his life upside down, he says he would have gone to Notre Dame to play quarterback, return kicks and win the Heisman Trophy. He would have done what Lou Holtz asked and showed them he was faster than Raghib “Rocket” Ismail. “I loved those gold helmets,” Iverson says longingly. Then it would be on to the NFL, hopefully the Cowboys.

He watches League Pass almost nightly. His favorite player is Russell Westbrook. “He’s a certified killer,” Iverson says. “Certified! He reminds me a lot of me.”