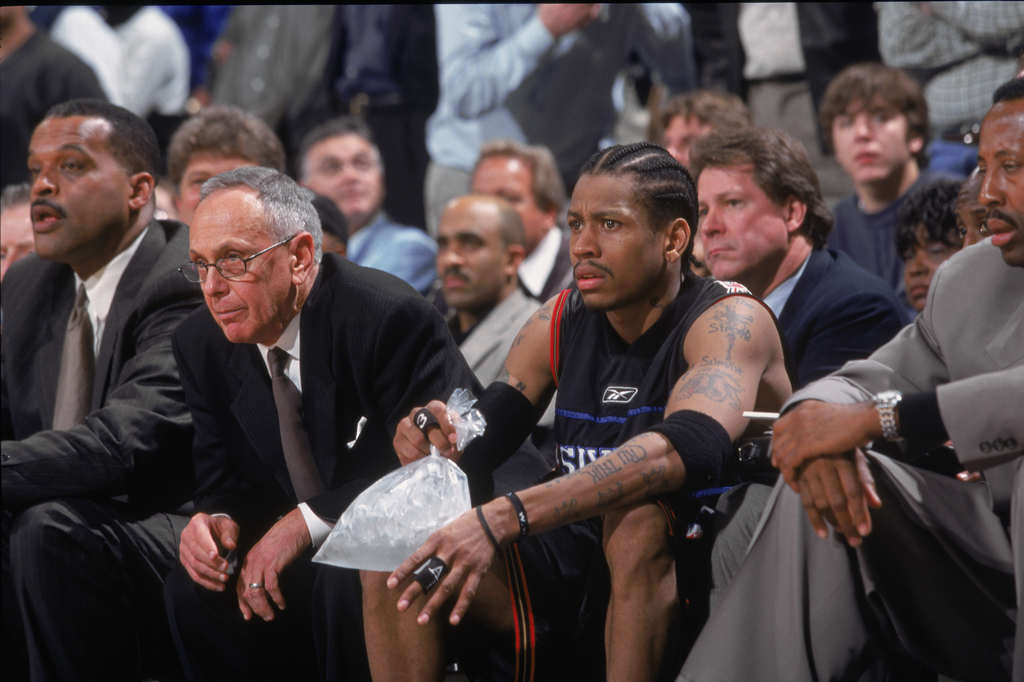 The Philadelphia Sixers have rookie center Joel Embiid on a strict minutes limit, a policy that Allen Iverson says he wouldn’t have acquiesced to.

The Answer would have fought the organization tooth and nail to suit up.

The Hall of Famer averaged 41.1 minutes per game, leading the NBA in playing time in seven of his 14-year career.

“Probably had major problems. (I’d) probably get fined a lot for my verbal abuse. It would have been a tough situation for the organization because I would have fought and clawed,” Iverson said about his reaction if placed under a minutes restriction. “Something had to be broke, or it had to be something real serious because I always wanted to be there for my teammates.”

Still, Iverson understands that there’s a reason behind these decisions, even if he could never accept them as a player.

“Their coaches know what’s good for them, what’s best for them,” Iverson explained. “(Gregg) Popovich is a prime example of it. He knows how to manage his players. He knows what he’s doing. That’s why he’s a professional coach. […] I understand it, but I just knew that Larry Brown would have had a problem with me trying to sit me down,” Iverson continued. “Especially if it was just rest. I could rest after the game.”