Allen Iverson Wanted to Team Up With Kevin Garnett in 2006 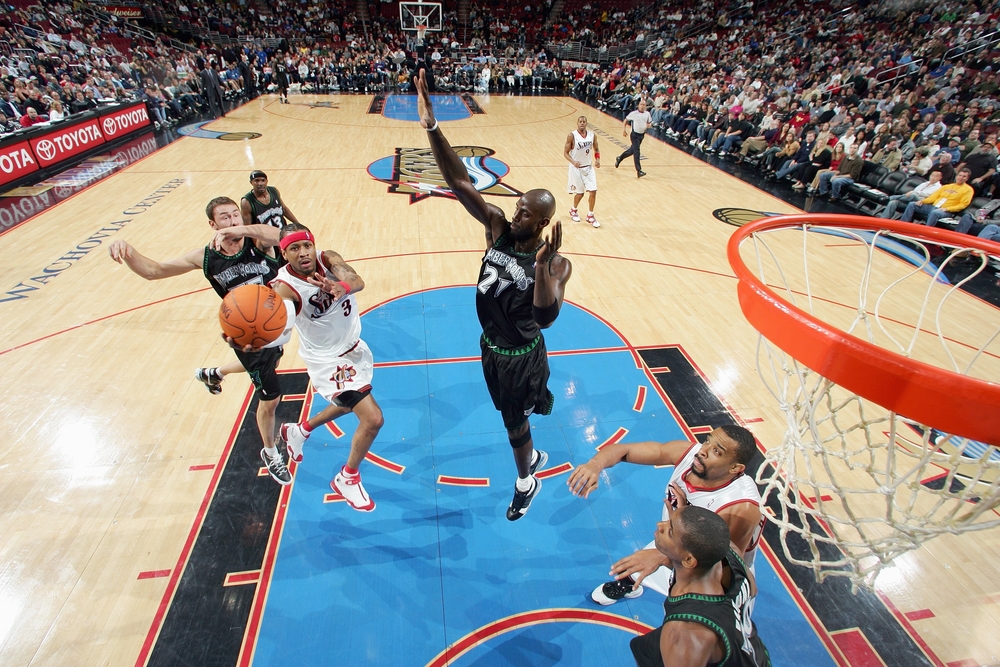 Former Sixers general manager Billy King says that one of the teams Allen Iverson wanted to be traded to back in 2006 was Minnesota, hoping to play alongside Kevin Garnett.

The KG-A.I. partnership never happened, of course, as The Answer was eventually shipped from Philly to Denver.

King says that Iverson was also agreeable to joining the LA Clippers.

Per The Vertical (via Bleacher Report):

“He gave me some teams,” King said. “Denver was one of them. The Clippers were one, I think. There was another one—Minnesota, to go play with KG.”

The Kevin Garnett-Iverson pairing never came to be, as the Sixers eventually sent The Answer to the Nuggets for Andre Miller, Joe Smith and two 2007 first-round picks.

In 2006, Wolves owner Glen Taylor told the St. Paul Pioneer Press there was no deal for Iverson: “It isn’t that I don’t like him. Just money-wise, it wouldn’t work out.”