Alvin Gentry: Anthony Davis is ‘the Best Player in the NBA, Not Named LeBron James’ 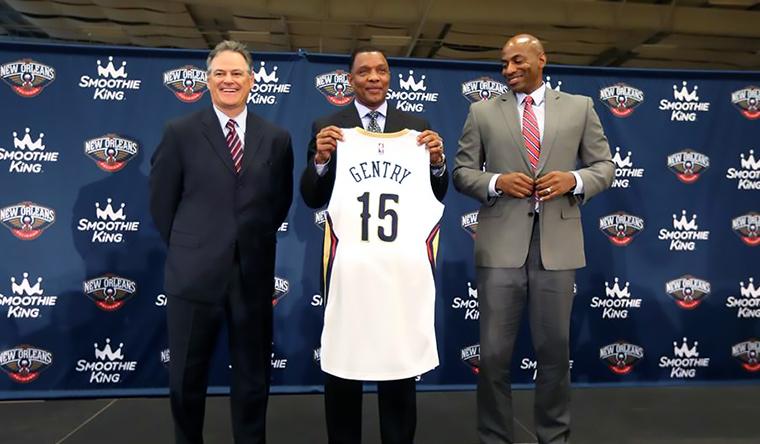 The New Orleans Pelicans introduced head coach Alvin Gentry on Monday, and the new guy in town continued to gas up Anthony Davis.

Gentry says that AD is the League’s second best player, and that the Pelicans have a chance to win a title in the not-too-distant future.

Gentry is coming off a championship with the Golden State Warriors.

Per the Times-Picayune and AP:

”We got the best player in the NBA, not named LeBron James,” Gentry said. ”But I’m really excited. I look at the roster and I lot of these guys I have a special relationship with. […] Jrue Holiday, we came so close of drafting him, when I was the head coach in Phoenix. Eric Gordon, everyone knows we (Phoenix Suns) offered him a tremendous contract, but he decided to stay here in New Orleans.”

Gentry, 60, was hired on May 30, but he remained with the Golden State as their lead assistant until the NBA Finals were completed last week in which the Warriors won their first NBA championship in 40 years. […] He plans to install an up-tempo offense that involves around spacing, ball movement and quick-strike scoring. But Gentry said improving the Pelicans’ defensive play is a priority heading into next season.

”I feel like we have an opportunity to leap frog a few teams (in the West),” said Gentry, who signed a four-year, $13.7 million contract with the Pelicans. […] “I’d like nothing more for us as Pelicans to have a parade right down Canal Street and enjoy it, too,” Gentry said. “That’s our goal here and I think it’s very attainable.”