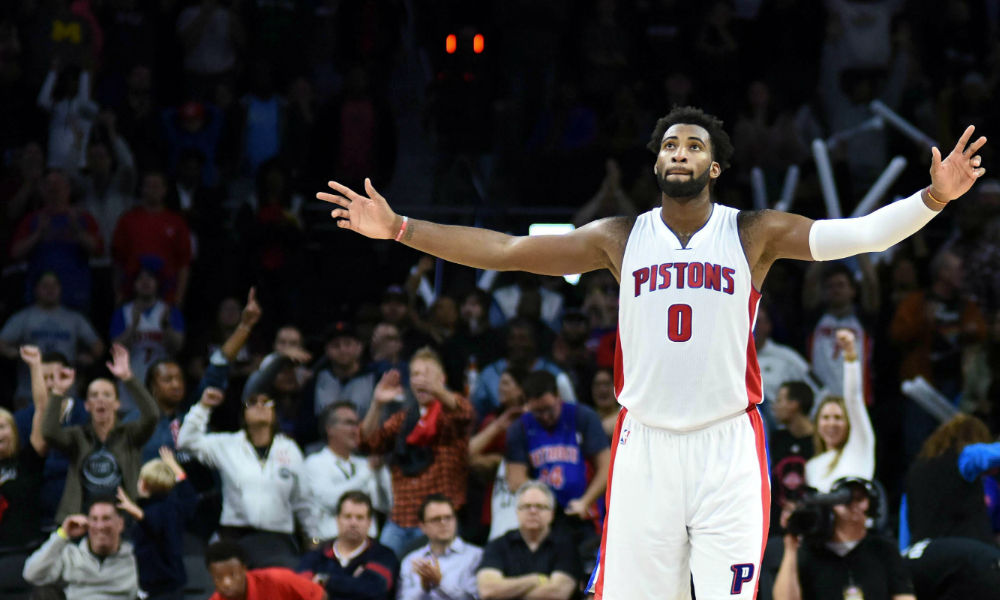 The Detroit Pistons are locking up restricted free agent center Andre Drummond to a five-year deal reportedly worth roughly $130 million.

Andre Drummond and the Detroit Pistons are nearing agreement on a five-year max deal in the $130 million range, league sources tell ESPN

Sources say Drummond and Detroit, like Bradley Beal and Washington, are on the brink of a deal and on course to finalize terms later Friday

Drummond, 22, averaged 16.2 points and an NBA-leading 14.8 rebounds for the Pistons last season.

Detroit had the right to match any other’s team offer for the All-Star.

Stan Van Gundy is working on a deal to keep his big man in the middle.

His strength, size and throwback game certainly give the Pistons a different dimension in today’s small-ball NBA. […] He has fast become a cornerstone of what Van Gundy is trying to do in his Detroit rebuilding project.

Drummond’s scoring and rebounding averages have risen annually, and he was an All-Star for the first time this past season. The numbers he put up last season were the most robust by a Pistons big man since Bob Lanier in 1972-73. […] The only thing slowing Drummond down is a 35.5 percent free throw rate that causes Van Gundy to bench him late in games when opponents foul him on purpose to put him on the line.