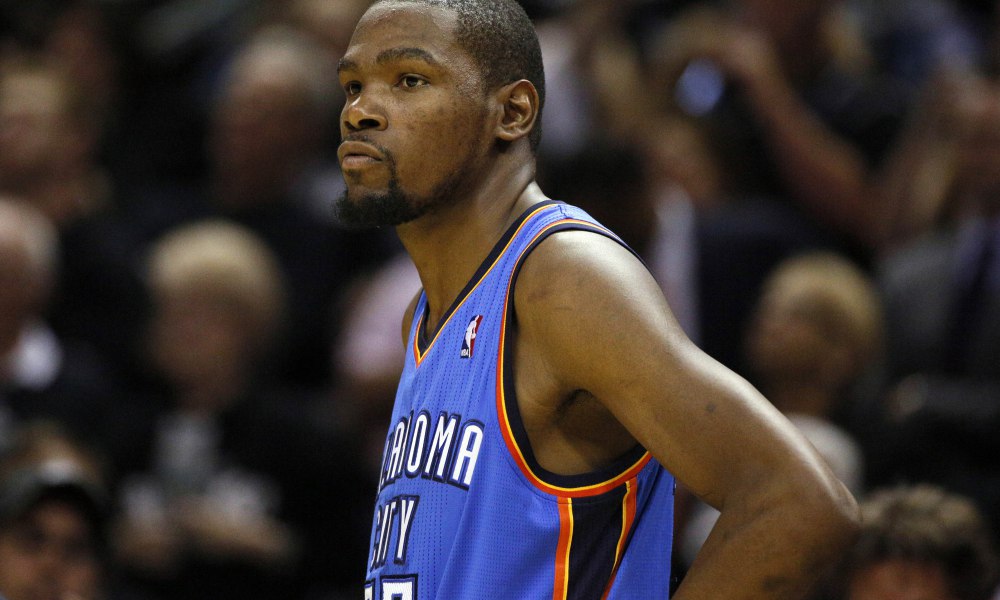 Kevin Durant dismissed the latest round of free agency rumors, but according to Golden State Warriors center Andrew Bogut, don’t be surprised if KD ends up in The Bay this summer.

Bogut says that crazier things have happened in the NBA.

The big fella argues that it’d be a no-brainer for any top-flight free agent to want to sign with the defending champs.

“If you were a player would you want to join our team?” was Bogut’s response to SiriusXM NBA Radio’s Frank Isola and Brian Scalabrine regarding the report. “Who knows where it’s coming from — probably a mix of his agent, creating whatever it is from that aspect.”

“We’re not too worried about it,” Bogut explained. “Funnier things have happened in this league, so I definitely wouldn’t be shocked if something like that happened.” […] Bogut is confident the Warriors’ front office isn’t going to make any major moves. At least, not yet. “We like the team that we have,” Bogut said. “I doubt we’ll make any trades, but offseason is a different story. But like I said, who knows in this league.”