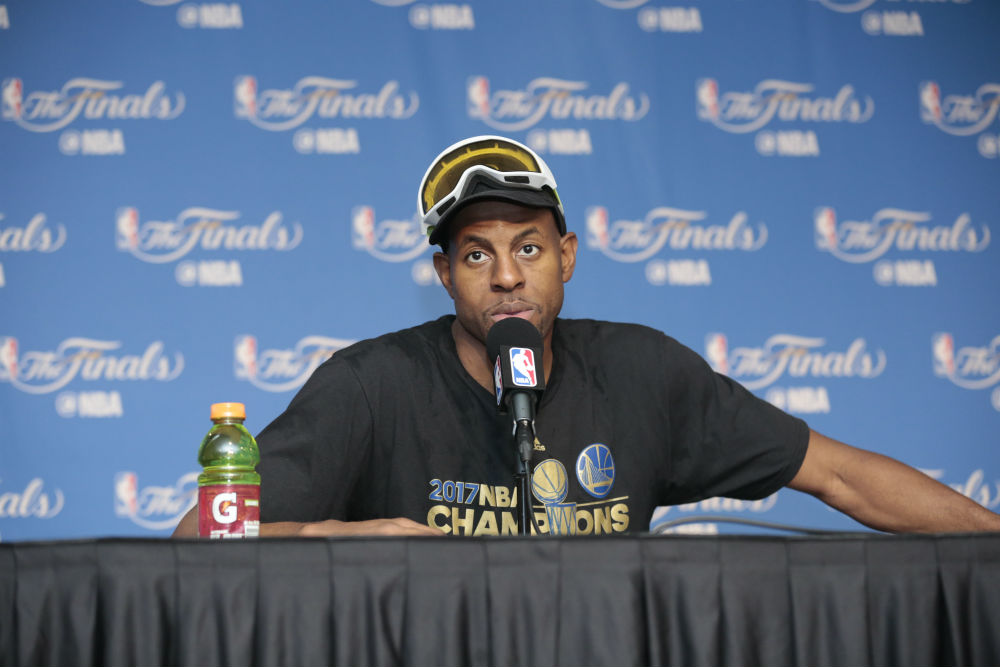 UPDATE (June 14, 5:53 p.m. EST): Stephen Curry says that he wouldn’t want to visit the White House at this point, but the Warriors will make a decision as a group later on. Via Anthony Slater:

Steph Curry saying, at this point, he wouldn't go to White House, but team hasn't had discussion pic.twitter.com/zVWo7qRj0Y

ORIGINAL STORY: With the Golden State Warriors claiming the 2017 NBA title on Monday night, reports have been circulating that the team does not want to participate in the customary White House visit, presumably to take a stand against president Donald Trump.

Forward Andre Iguodala revealed his take on the matter to Sam Amick of USA Today:

‘We’re going to do what our leader (Curry) does,’ Iguodala said. ‘I think we handle (the White House situation) when it gets there. I mean, it may be different. There might be somebody different in (office). That’s a realistic thing to say though, right? So you don’t know what’s going to happen.’

As for Iguodala’s vote?

‘Hell nah,’ he said of taking part in a visit.

Iggy cited the state of race relations under the Trump administration as one of the key reasons for his vote:

‘We all know (that it is getting worse),’ Iguodala said of racism. ‘I think it’s just the ignorance, the convenient ignorance. (It’s) not to say that people aren’t aware, but they just don’t want to address it (because) they don’t want to be attached to it so they ignore a lot of the bad things that happen. I feel like there are actions that occur, that continue the dividing of everyone. And I think that’s done on purpose.’

We’ll see what the Warriors end up deciding as the visit draws closer.