Anthony Davis Has Played Through a Torn Labrum for Three Seasons 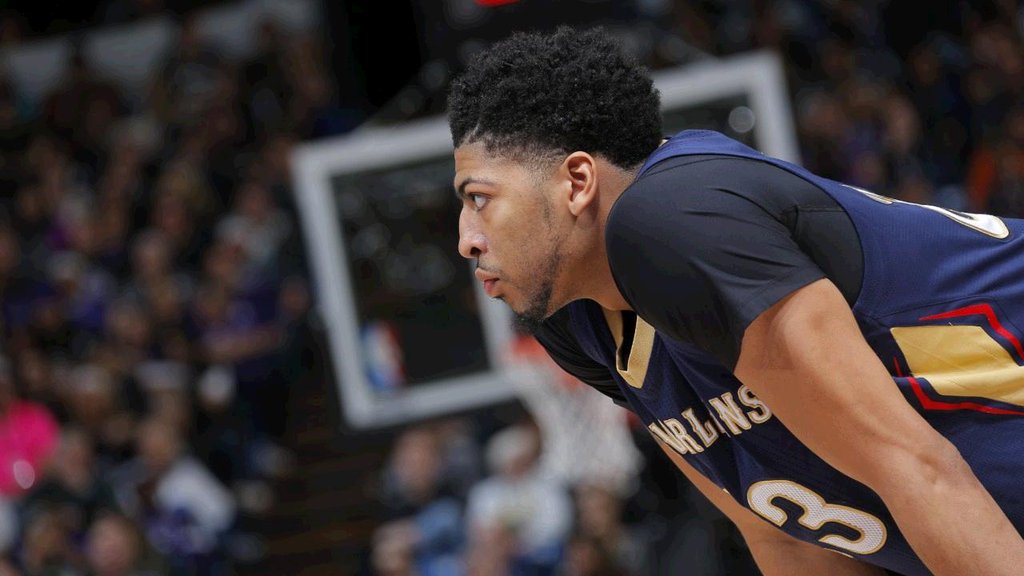 New Orleans Pelicans forward Anthony Davis spoke to the press for the first time since his season can to an end prematurely, and says he’s been playing through a bum left shoulder since his rookie season.

Davis, 23, ruled himself out for this summer’s Olympic Games in Rio.

AD is expected to require four-to-five months to fully recover from both knee and shoulder injuries.

New Orleans Pelicans star Anthony Davis revealed for the first time on Monday that he has played with a torn labrum in his left shoulder since his rookie season and opted to play through the pain instead of having surgery. […] Davis said his shoulder was gradually getting worse and after the diagnosis came that he needed surgery on his left knee, the decision also was made to have surgery to repair his torn labrum, too.

“I did (injure) shoulder my rookie year and I’ve always just played through it,” Davis said. “They told me it (surgery) eventually had to happen and gradually it was just getting worse. It’s something you got to take care of now. But I just wanted to play and you find ways. It comes and goes, I mean you wake up and just because it’s raining, it starts hurting. In any situation, it starts hurting, especially when you get hit on it or get pulled back a certain way. It can pop up at any time.”

Davis said he wore a special compression shirt underneath his jersey for the past three seasons to help stabilize his ailing shoulder. […] When asked why Davis didn’t undergo surgery for his torn labrum during any one of the past three offseasons, Pelicans coach Alvin Gentry said because it wasn’t anything that prevented him from playing.