Aquille Carr shocked many when he announced his intent to follow in the footsteps of Brandon Jennings by skipping college and beginning his pro career overseas, and while some questioned his decision, it’s now official: Carr has signed on to join Tracy McGrady, Jason Williams and Gary Payton on the NBA Legends Tour that will run for two weeks throughout the month of June in China.

“I feel like a pro now,” Carr told SLAMonline of his signing in China. “This is a dream come true.”

The tour, presented by Self Motivated Athletic Agency and Care 2 Play Sports will span from June 4 until June 15 over six different cities throughout China. In addition to McGrady, Payton, Williams and Carr, former Lakers second round pick Ater Majok and Tulsa 66ers wing Dominique Sutton will join the tour.

Carr starts his pro career after a great high school career in Baltimore at both Patterson High School and Princeton Day Academy, and while he verbally committed to Seton Hall, the 5-7 guard never signed a letter of intent to the program. Gathering nearly 20 million views on YouTube and already having a long-standing relationship with Under Armour, his marketability is on par with a select few high school basketball players at the moment. Carr’s decision to begin his professional career comes nearly two years after he reportedly received an offer of $750,000 to play for Italian team Lottomatica Roma. 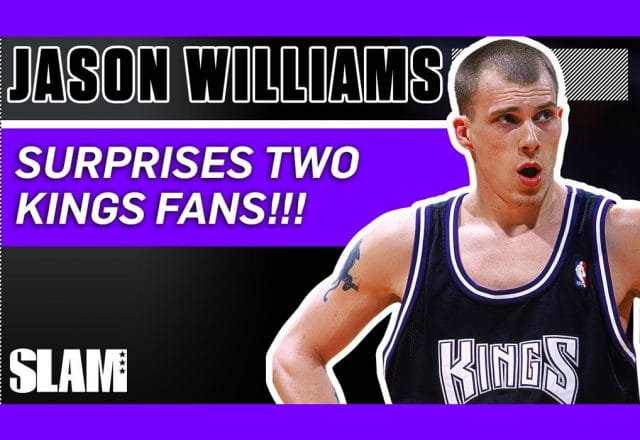