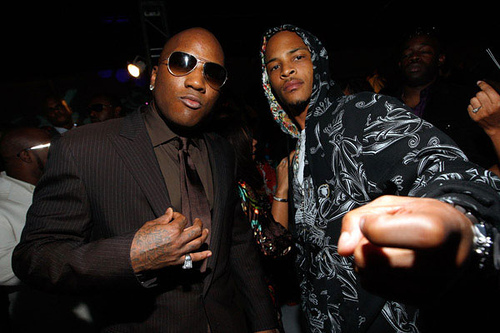 It’s been a minute since I hit y’all with some good music picks, mainly because nothing has hit me hard enough to vouch for on the site. You guys deserve the best and I want to come correct anytime I endorse any product on here. So I thought long and hard about this and here what I came up with:

Lately its been real out here, people losing jobs left and right, McCain is one step away from winning or losing. But I tell you hip hop is looking better to me than its been in a while, I guess this recession is to credit huh? Artist are actually putting time and thought into their craft through these rough times. Hip-hop is becoming tolerable and worthy of purchase again. I guess when people are backed into a corner they fight the best. The recession even inspired what I think could very well be on the top 5 rap albums of the year list come December, who knows maybe even maybe even top 3 (we have to see what hova, Luda, T-pain, and ‘Ye put out). Simply titled “The Recession” Young Jeezy elevated his rhyming ability to a new level. Most of you will read this and dismiss the thought that Jeezy could’ve gotten better but I need you to let go of any Jeezy post ’08. I’ll be the first to tell you its complete trash but Jeezy really stepped up his word play and metaphors along with superb production. I didn’t want to believe it either but it’s undeniable. The trapstar caught my ear with the club banger “Put on” and I though it was a fluke. “Everybody has a couple of dope bars here and there” but I was curios and in dyer need of new music so I gave it a chance. I popped the CD in and 3 songs into the 21-tracked disc I was stuck. Play -rewind, play -rewind, at least 4 times. Stuck on the conflict driven track Crazy world where young’s goes off about the trials and tribulations George bush has put us in.” Goddam another trap I think bush is tryna punish us/send a lil message out each and every one of us/Real G-sh!t, boy that’s really un heard of when you mo time fore sellin dope than murder.” After playing at very loud volumes and having the cops knock on my door I made it past that track and ran into “what they want”. Here we go again! YJ’s lets his creativity show on this track, the whole song is about a conversation in code with his connect he never mention any contraband or anything that means bundle of drugs. Straight up sports metaphors all the way. “My dog hit me up said he got a lich/ a bad jump-shot so he might shoot a brick/ talking on reckless on my line, that’s a technical foul.” Without a doubt the biggest track on the album would be the Nas featured joint “My president”. The track is a proof that Jeezy has expand his horizon and subject matter after all Nas did blame him for being an accomplice to the murder of hip hop and now they are reviving it together. Honestly, no hype added, I’m was stuck on almost every song, at this rate its taking me forever to get through this album, finally at the end of that week I decided to thank Jeezy on giving us this very trapstar- esque but political album.

I found it hard to listen to something else beside Jeezy but I’ve been kind of waiting for T.I’s paper trail for some time now. It dropped last week Tuesday and I must say it turned out to be different from what I anticipated, in a good way. T.I vs. T.I.P was a good album, it even made my top 5 of the year along with Kanye and Common and many of you thought I put it out there for the masses but in all honesty I liked that album allot in fact I Still bump it. Paper trail is very different though; Paper trail shows much of T.I’s regrets. This is his maturation album, all good artist have one. Jay had Black album and Nas has the lost tapes. It usually comes after tragedy or a life changing experience. Please do not miss interpret, T.I is not on Nas’s or Jay’s level yet but I have no doubt he will be in due time. Along with his regrets T.I has a no tolerance tone for non- sense and gossip. Addressing all those who question his affiliation to Bankhead and all of you who don’t quite understand why the man was buying Sub machine guns. The production is not his best but I can appreciate his lyrics. Switching up his flow about four different times displaying an abundance of versatility in subject matter and delivery. There’s nothing like someone learning from his mistakes and trying to educate others to not go down the same path. Though many of the tracks are serious T.I managed to squeeze a couple of party/celebratory tracks. “On top of the world” ft Ludacris and “Swing ya Ragg” ft Swizz beats the Monsta. Overall the album is good. T.I shows growth in his flow, lyrics and thinking as great artist.

A few albums and mixtapes to pick for good tunes are