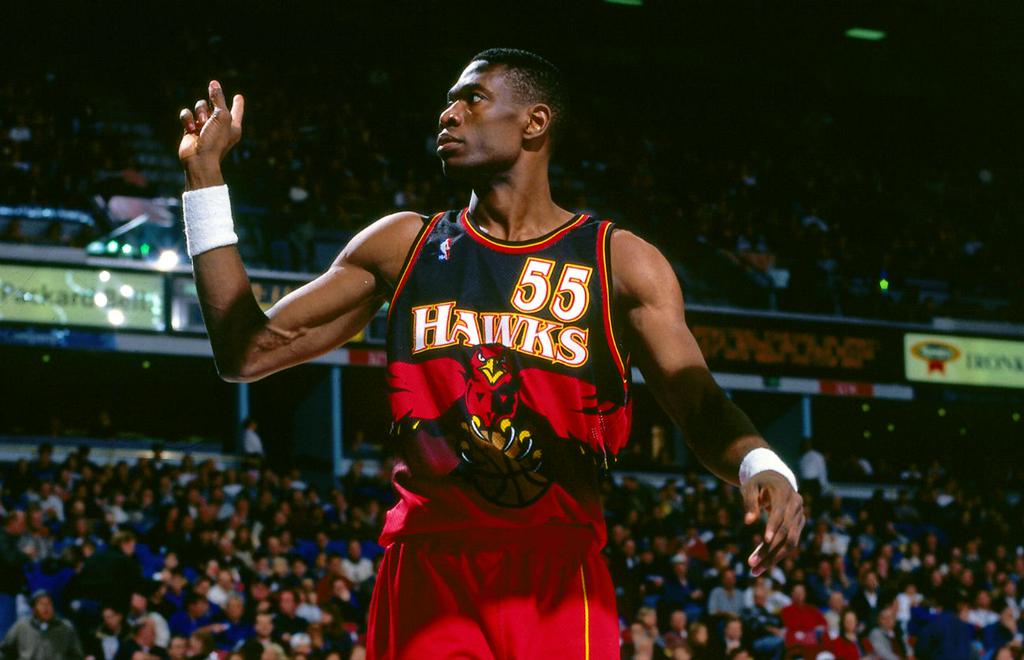 Today is Dikembe Mutombo Day in Fulton County, and the Atlanta Hawks announced that they will honor the big fella by retiring his No. 55 jersey early next season.

Mutombo played in The A for five seasons, and will soon be enshrined into the Hall of Fame.

This will be the fourth jersey retired by the Hawks.

“The most surprising, as you can see from the tears in my eyes, is the announcement that was made (that my jersey will be retired),” Mutombo said. “It’s the most shocking to me. … I didn’t know the Hawks were going to retire my jersey. I can’t believe it. It’s going to be a great day.”

Mutombo played (for the Hawks) from 1996-2001 as part of an 18-year NBA career. He will be inducted into the Naismith Memorial Basketball Hall of Fame next week.

Mutombo will have the fourth jersey number retired by the franchise joining No. 9 of Bob Pettit, No. 21 of Dominique Wilkins and No. 23 of Lou Hudson. […] Mutombo was an eight-time All-Star and four-time Defensive Player of the Year during his NBA tenure. He is the league’s second leading shot blocker and is 19th in rebounds. He was a two-time winner of the J. Walter Kennedy Citizenship Award by the league for his many humanitarian efforts.