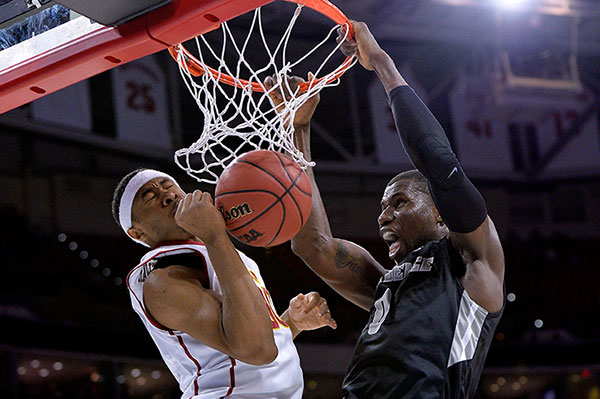 Ben Bentil announced on Instagram that he will not be returning to Providence for his junior season.

The 6-9 forward saw his stock rise after averaging 21.1 points and 7.7 rebounds per game last season. Those numbers were up from his freshman tallies of 6.4 points and 4.9 boards. Bentil led the Big East in scoring and his ability to stretch the floor makes him an intriguing prospect.

The Wilmington, DE had an impressive March, including a 38-point outburst against Butler in the Big East tournament and a 21-point performance against North Carolina in the NCAA Tournament.

I Am The Man I Am Today Because Of The Opportunity Providence College Gave Me. Thank You To Coach Cooley, The Whole Coaching Staff And The Athletic Department. Thank You For An Amazing 2Years And All the Fans That Supported Me And My Brothers. Can't Forget My Man Shamgod. As l Look Forward To The Next Chapter Of My Life, I'll Always Remain A Friar Cos Once A Friar, Always A Friar. Thank You FRIARTOWN And Go Friars