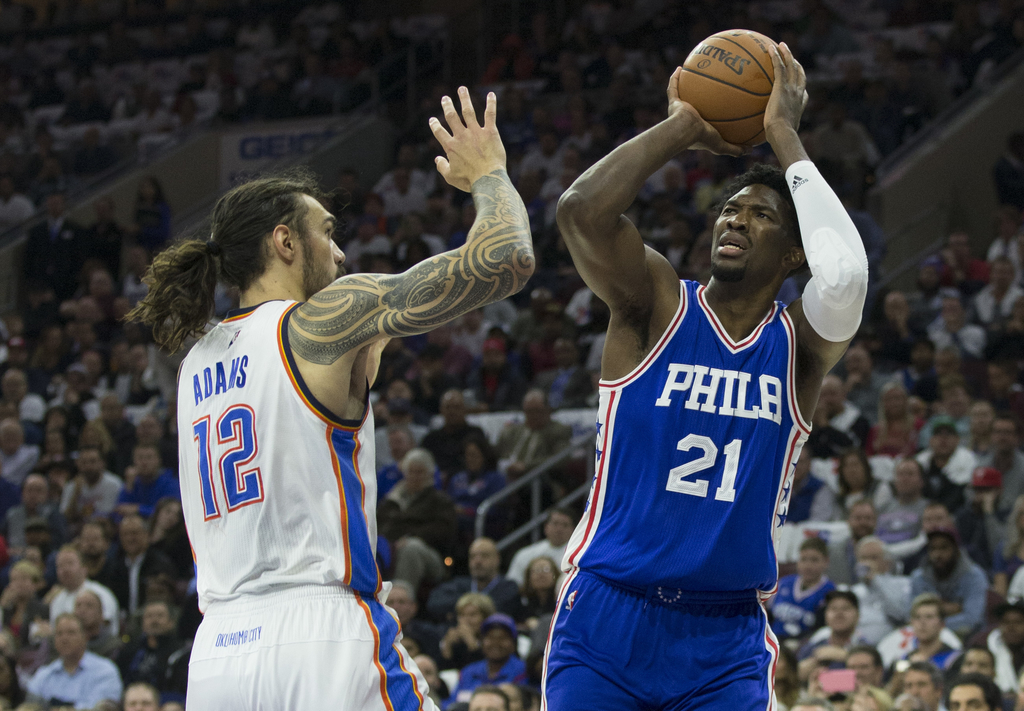 Joel Embiid impressed in his long-awaited NBA debut Wednesday night, and according to OKC head coach Billy Donovan, the big fella has “a lot” of Hakeem Olajuwon’s legendary game in him.

Embiid, 22, finished with 20 points, seven rebounds, and two blocks in the Philadelphia Sixers’ 103-97 loss to the visiting Thunder.

Embiid showed off a soft touch, smooth post moves and dominant defensive play around the hoop.

“There are times that I get emotional watching him today in shootaround,” (Sixers coach Brett) Brown said. “And you see how many seats with white shirts on them, and it’s opening night and Joel Embiid is here. To see him arrive now and tonight is a special night,” he added. “I’m so proud of him.”

It didn’t take long for him give the Sixers crowd something to cheer about. He blocked (Russell) Westbrook’s 7-foot jumper 3 minutes, 59 seconds into the matchup. […] Throughout the game, the crowd was chanting “Trust the process” or “MVP” when Embiid went to the foul line.

“He’s hard to guard,” OKC coach Billy Donovan said. “He’s herky-jerky. He’s got a lot of [Hakeem] Olajuwon in him.”