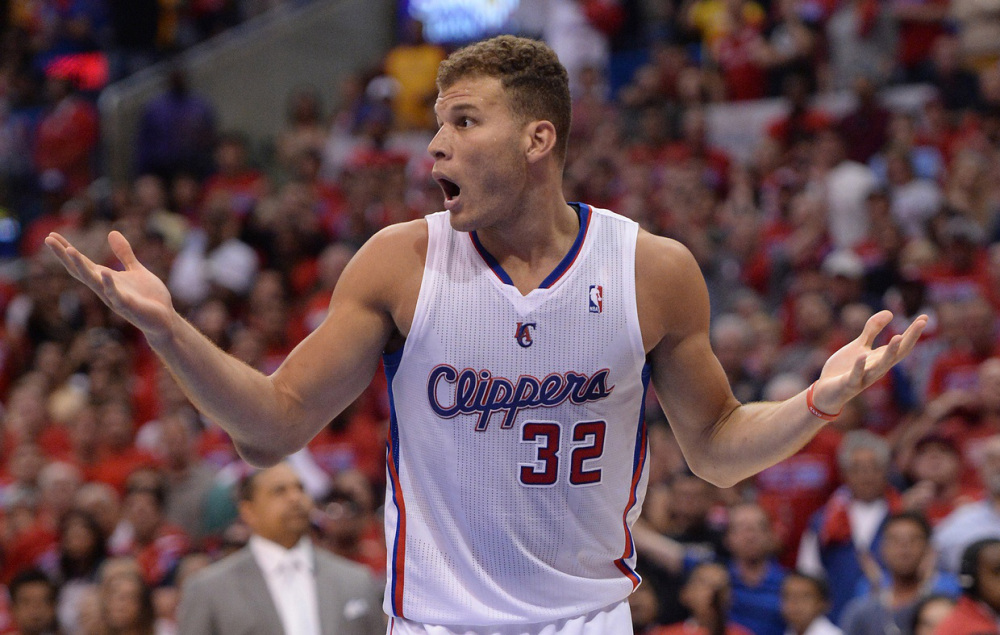 A partygoer in Las Vegas accused LA Clippers All-Star Blake Griffin of grabbing his neck and slapping him at a nightclub last month.

Griffin is due in court Dec.8, to face a misdemeanor battery charge.

Word is, however, that evidence of the alleged slap is pretty thin.

The 25-year-old Griffin is due for arraignment Dec. 8 before a Las Vegas justice of the peace on a charge that could get him up to six months in jail if he is convicted. The criminal complaint was filed Friday, and a summons was issued for his appearance in court.

The Clippers were aware of the complaint, team spokesman Seth Burton said, but had no immediate comment.

Las Vegas police said last month that they were investigating a man’s claim that Griffin attacked him early Oct. 19. […] Griffin and other Clippers players were at the club after playing an exhibition game in Las Vegas against the Denver Nuggets.