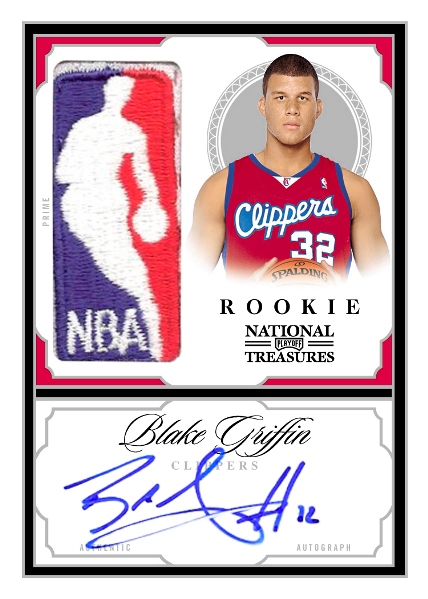 Blake Griffin‘s career is young, and the superstar’s ceiling is, at the moment, unknown. Perhaps that’s why in a recent eBay auction, one of Griffin’s rookie cards (below) sold for more than $38,000. Business Insider has the details: “The sports card industry has come a long ways. But ultimately, it is still about collecting your favorite players and hoping to find that rare gem. And when the two criteria collide, you might just end up with a card worth more than $38,000. The Panini America rookie card for one of the NBA’s biggest stars, Blake Griffin, is a one-of-a-kind, featuring both his autograph, and the NBA logo cut out from one of his game-worn jerseys. And that led somebody to bid $38,032 in a recent eBay auction. Tracy Hackler of Panini America spoke with Beckett Media, a leader in card valuations, who said the ‘truly global’ nature of basketball drives up the prices on the high-end cards. Griffin’s card still has a ways to go before becoming one of the most expensive sports cards ever. But it is off to a good start.”