Blake Griffin on Facing Spurs: ‘We’re the Underdogs in This’ 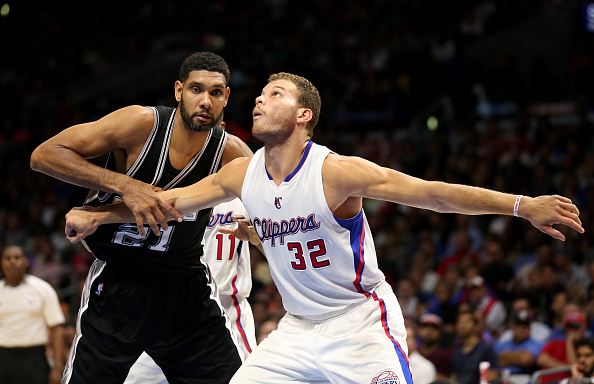 The Spurs and Clippers tip off their first-round series tonight in Los Angeles, and while the Clips are the 3-seed and San Antonio the 6-seed, LA is embracing the “underdog” role. Blake Griffin says the Clippers are “100 percent” the underdogs, and they like it that way.

“According to pretty much every single poll we’re supposed to lose,” Blake Griffin said Saturday. “We’re the underdogs in this. They’re the champions. They’re the defending champs, and they are that until someone knocks them off.”

When Griffin was asked if he embraced the Clippers’ unusual “underdog” role despite being the No. 3 seed and having home-court advantage against the sixth-seeded Spurs, he said, “Absolutely, 100 percent.”

“There’s not a lot of series that I’ve been a part of where we have been picked to win in my entire career,” Griffin said. “As far as motivation, that’s just how it is. That’s how it’s been. That’s fine.”