Blake Griffin Out At Least 2 Weeks With Quad Tear 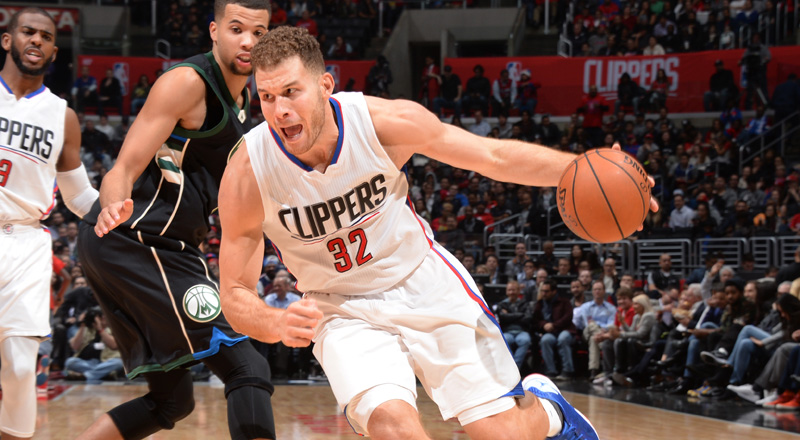 Blake Griffin will be sidelined at least two weeks because of a partially torn left quadriceps tendon, the Clippers announced on Saturday.

Griffin suffered the injury in the first quarter of the Clippers’ 94-84 win over the Lakers on Friday.

He was able to finish the game, but recorded an uncharacteristic 13 points on 6-17 shooting.

Blake Griffin did not make the trip to Utah for the Clippers’ match-up Saturday night against the Jazz and will miss at least the rest of the team’s current five-game road trip with a partially torn quad tendon suffered in the Clippers’ Christmas win against the Lakers.

The injury occurred on a drive to the basket in the first quarter Friday night, and an MRI revealed the partial tear Saturday morning. Griffin will begin a recovery and treatment plan and will be re-evaluated in two weeks.