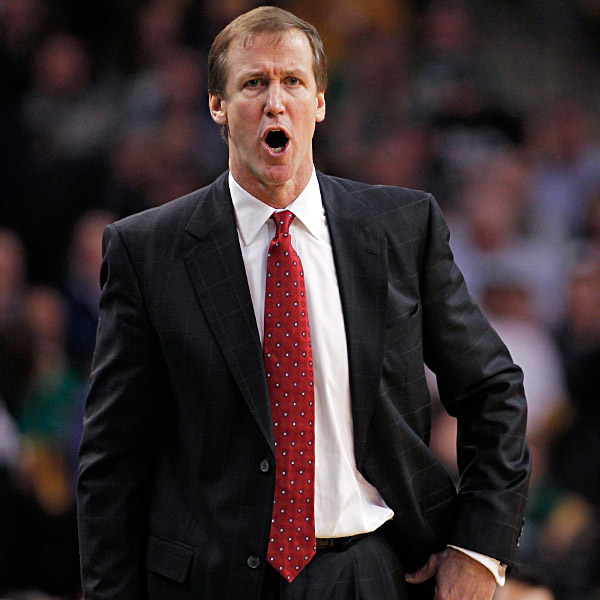 Dallas Mavericks assistant coach Terry Stotts will be named the new head coach in Rip City, the Trail Blazers announced. Stotts beat out interim head coach Kaleb Canales after the two interviewed with owner Paul Allen in London over the weekend, despite the fact that Canales was long rumored to be the favorite. Canales will remain with the Blazers as an assistant coach.

An 18-year coaching veteran, Stotts most recently served as an assistant coach with Dallas for four seasons from 2008-12. Under head coach Rick Carlisle, Stotts helped lead the Mavericks to the 2011 NBA Championship, particularly through his offensive expertise.

Per the team presser:

The Portland Trail Blazers have named Terry Stotts as the team’s head coach, it was announced today by General Manager Neil Olshey. Stotts becomes the 14th head coach in Trail Blazers history. “Terry is one of the elite offensive minds in the NBA, has extensive experience with multiple organizations and was instrumental in the Dallas Mavericks winning the 2011 NBA Championship, said Olshey. ‘He understands the vision for the future of the franchise, appreciates the process involved and will create an environment on the court that will produce championship habits.’ Stotts, 54, has twice served as an NBA head coach, with two-year stints in both Milwaukee (2005-07) and Atlanta (2002-04). He has compiled an overall head coaching record of 115-168 (.406). ‘I’m very pleased to be a part of a great franchise in a beautiful city with such a proud history,’ said Stotts. ‘I look forward to working hard with Neil and our players toward the ultimate goal of bringing another championship to Portland.’