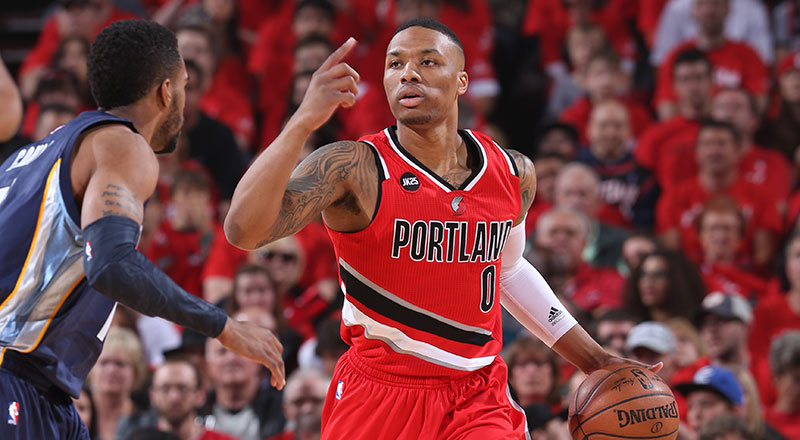 Damian Lillard is nearing an agreement with the Portland Trail Blazers to sign a five-year, $120 million contract extension.

With LaMarcus Aldridge likely to leave RIP City, there’s no question that the Blazers will be Lillard’s team moving forward. The max extension will kick in starting with the 2016-17 season.

The Portland Trail Blazers and Damian Lillard are nearing agreement on a maximum five-year contract extension that is expected to top $120 million in value, according to league sources.

Sources said the Blazers and the All-Star point guard soon will finalize a five-year extension that will kick in starting with the 2016-17 season.

First-round picks from the 2012 NBA draft such as Lillard are eligible to negotiate contract extensions now through Oct. 31. But like any free-agent deal throughout the league, they can’t be formally signed until July 9, when a leaguewide moratorium on player business is lifted.

The exact figures of the extension will depend on how much the NBA salary cap actually rises in 2016, but sources said the Blazers are prepared to pay Lillard, 24, the maximum amount they’re allowed to and make him their designated player.