Bradley Beal: Lakers Fans Made it ‘Feel Like We Were on the Road’ 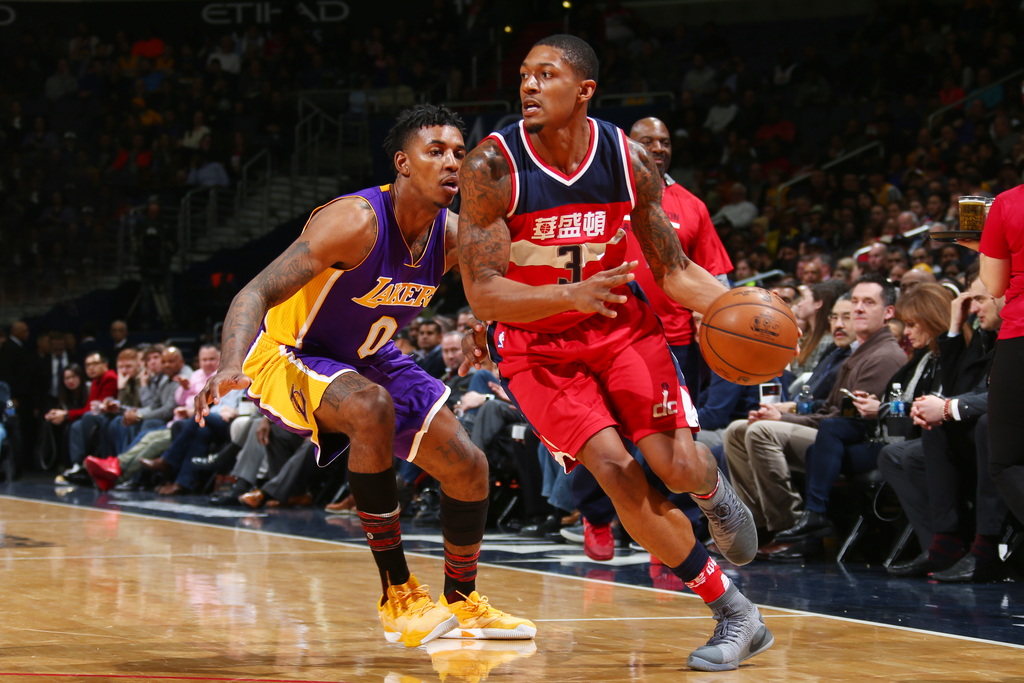 The Washington Wizards notched their 16th consecutive home win Thursday night, but Laker Nation made Bradley Beal feel like he was playing a road game.

The Wizards’ shooting guard says he is “sick” of Laker fans taking over the gym in D.C.

Bradley Beal: Lakers fans made it feel like #Wizards ‘were on the road’ Thursday https://t.co/QZC6onzdm3

Last season, fans were chanting Kobe Bryant’s name in Washington shortly after he announced his retirement.

When asked if John Wall’s fourth-quarter takeover (16 points, including eight straight) was spurred by opposing fans who loudly cheered on their Lakers, Beal did not hold back.

Wall admitted he wasn’t pleased with the presence of Lakers fans — “No, I wasn’t” — but understood why the franchise still attracts so many fans. […] “Our fans were still here, you heard some boos when they were doing that,” Wall said. “But you know, the Lakers are a big-time organization that have won a lot of championships. They have a fan base kind of like the Celtics. They have one of those fan bases, one of those legendary teams, so we understand it. We dealt with it before when Kobe was playing but I’m glad that we have a winning streak here. Our fans have been amazing and they cheer for us when they needed us the most.”