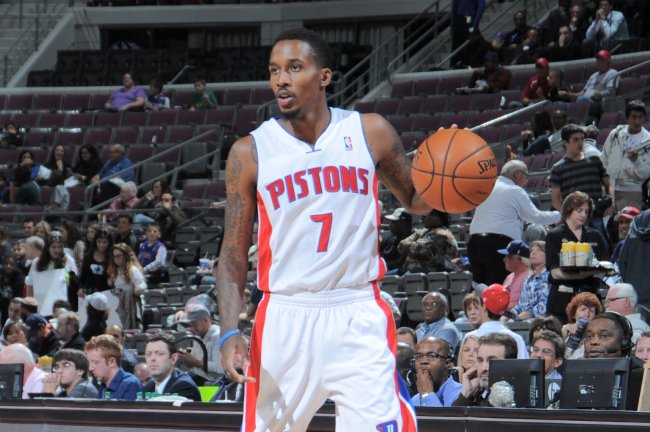 Detroit Pistons point guard Brandon Jennings looks like a whole new player heading into his second season in Motown. Jennings says he put on 25 pounds of mostly muscle during the offseason.

Jennings also admits that his first year in Detroit – with averages of 15.5 points on 37.3% shooting, and 7.6 assists – was the worst of his five-year career, and says he’s ready to help lead a turnaround for the Pistons. Per the Detroit News:

He said (president/head coach Stan Van Gundy) reminds him of his first coach in Milwaukee, Scott Skiles. […] “He’s really big on details and he said you’re gonna have to play defense and give your all, every night,” Jennings said. “He already said it, I’m not expecting you to lock guys up one on one. Guys are just too good. But what we can do is give a good effort and play team defense.”

“I’m gonna be honest. It was my worst year,” said Jennings, repeating it for emphasis. “Dealing with all types of things. The fractured jaw, losing weight, not being able to play preseason, missing games. Then getting into a rhythm, then Mo (Cheeks) was fired and I’m back down again. It was just the worst season ever, a roller coaster.”

I just put on Weight.