Brandon Jennings Reportedly ‘Not Close’ to Being Medically-Cleared 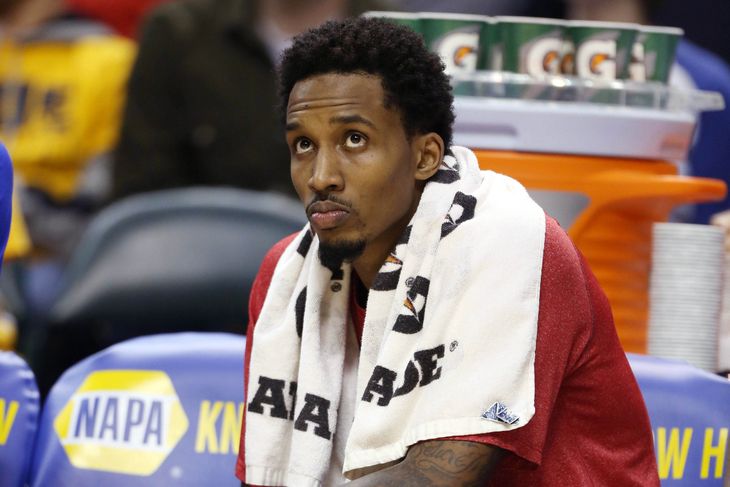 When he ruptured his left Achilles tendon back in late January, Brandon Jennings reported that he would be out for roughly 6-to-9 months.

The 25-year-old has said that he won’t oppose a demotion in the Detroit Pistons’ guard hierarchy, but it remains unclear when he’ll suit up again.

According to NBA.com, Jennings is nowhere near ready to re-join his teammates on the floor:

Jennings thrived after the Pistons traded Josh Smith to Houston in December. In the 16 games after Smith was traded, and before Jennings suffered the injury against Milwaukee in late January, Detroit put the ball in Jennings’s hands.

He had an assist-turnover ratio of 3.4-1 — which included 21 assists against Orlando on Jan. 21 — and shot 44 percent from the floor. (That doesn’t sound great, until you consider he’s a career 39 percent shooter.)

Jennings is “not close” to being cleared, according to a source. He is currently shooting and running on a treadmill at 60 percent of his body weight, but the Pistons need to be able to see him run, cut and shoot off of one leg before he’s cleared to even begin non-contact drills on court.