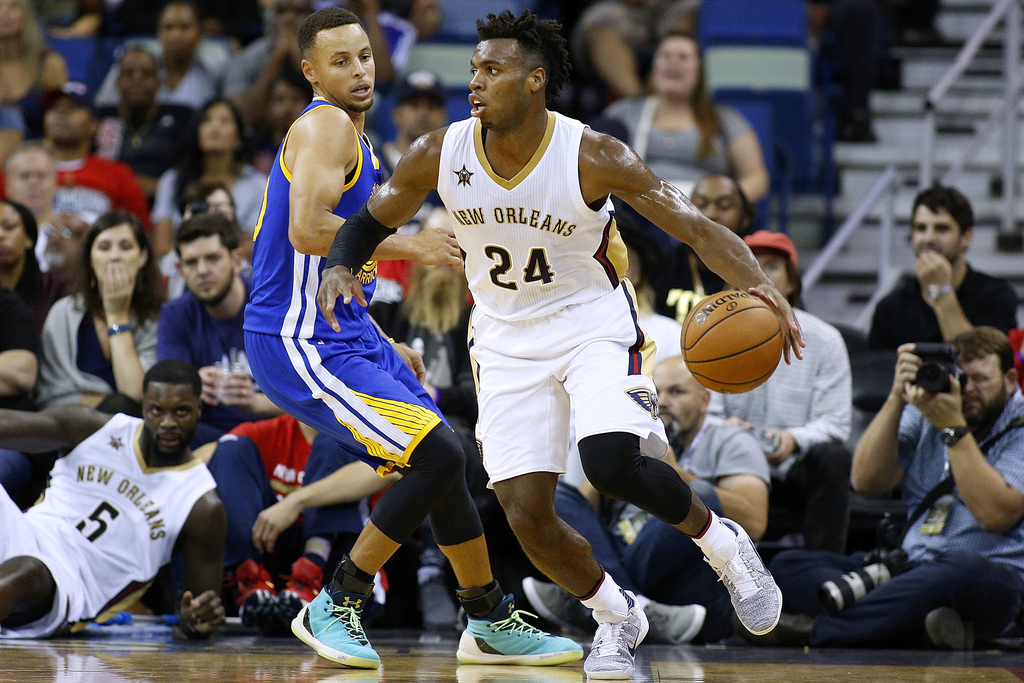 The Sacramento Kings are making Buddy Hield the centerpiece of their franchise in the wake of the shocking DeMarcus Cousins trade, but the rookie guard wants to manage expectations.

Kings ownership may view him as the second coming of Stephen Curry, but Hield says he’s simply trying to carve his own path.

The 23-year-old, quite understandably, isn’t ready for the pressure that come with a franchise player tag:

“People said [I was like] Steph Curry in college,” he told Bleacher Report on Monday. “Yeah, I guess, but I gotta develop. Steph Curry, he’s a different animal. He’s in his own world. He does whatever he wants. I can’t do the things Steph Curry does right now.

But here’s the thing to remember: Hield also isn’t an afterthought, a player only worth talking about in how he compares to an All-Star like Cousins or Curry. […] “I’m Buddy Fresh,” he said. “I’m Buddy Love. I’m just me. I’m just Buddy.”