Buddy Hield Says He Can Be the Lakers’ Go-to Scorer 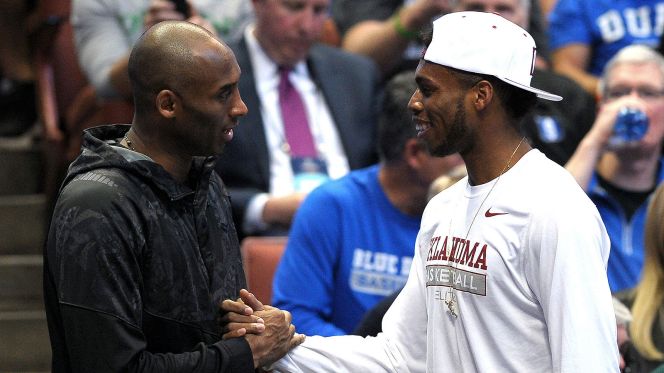 The Los Angeles Lakers own the second pick in this year’s NBA Draft, and Buddy Hield is tabbing himself as the guy to fill the scoring void left by the recently-retired Kobe Bryant.

Hield, 22, held a second workout for the Lakers last Saturday.

Buddy Hield on Lakers drafting him: "They're losing Kobe, and they need a scorer. So why not?"

Buddy Hield on his final workout being with the Lakers: "Saved the best for last."

Most mock draft expect the Purple and Gold to select Brandon Ingram with the second pick.

The stories spilled out as quickly as his shot. Buddy Hield shared how former Lakers star Kobe Bryant peppered him with advice on footwork during a private workout. Bryant outlined the importance of film study when Hield starred for four seasons at the University of Oklahoma. And Bryant encouraged Hield’s bravado that prompted him to say there is “no doubt” he represents the best shooter in the 2016 NBA Draft.

“This is what the franchise needs,” Hield said. “The Lakers are losing Kobe and they need a scorer. So why not call on me to fill in their spot?”

With concerns on whether the 22-year-old Hield has already hit his peak, he mentioned Golden State Warriors guard Stephen Curry and forward Draymond Green and Portland Trail Blazers guard C.J. McCollum also stayed in college for three or four years before becoming NBA stars. […] “It’s funny how they say you stay four years in college and you can’t get better,” said Hield, who has also worked out with Boston, New Orleans and Phoenix. “They are the superstars in the league.”