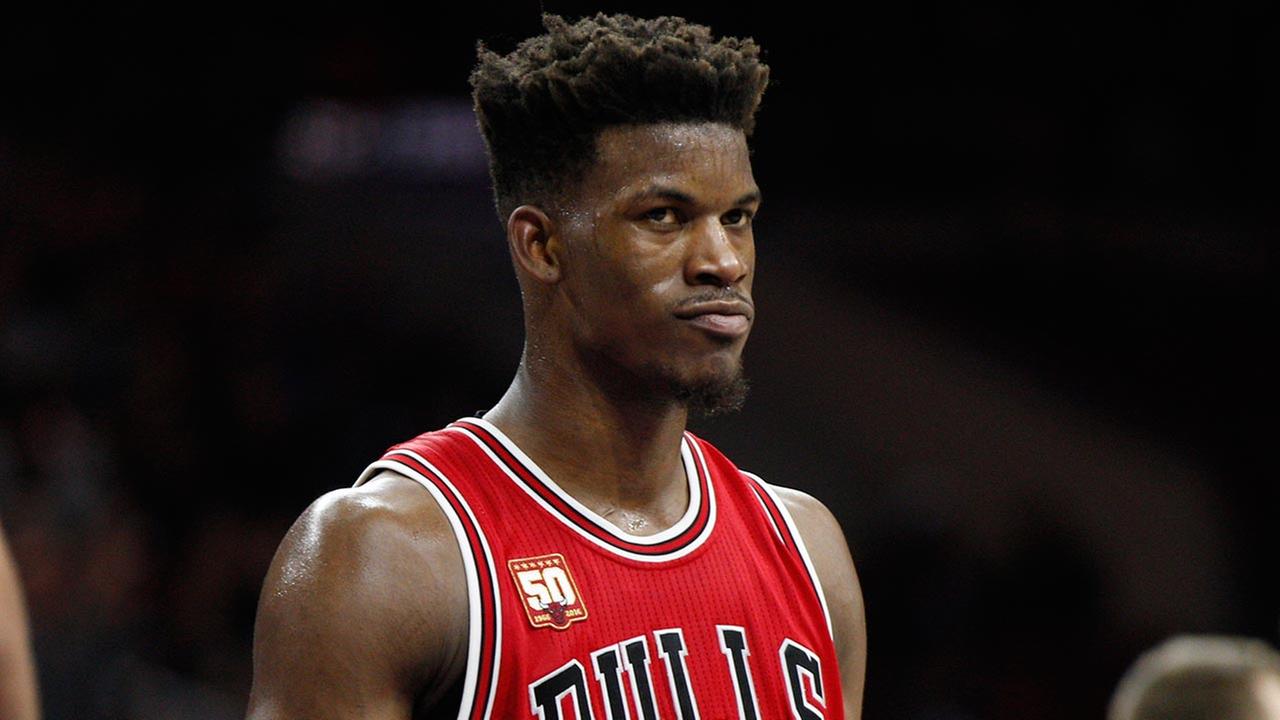 A day after trading Derrick Rose to New York, rumors continued to swirl about the Chicago Bulls possibly moving Jimmy Butler as well.

Forman: "When you have a special player like Jimmy, in order to move him, it's got to be something that knocks your socks off."

Reported last night but bears repeating: When Dunn dropped past 3, TWolves offered Rubio and No. 5 pick for Butler. Bulls said no.

On Wednesday, Bulls general manager Gar Forman kept referring to the Derrick Rose trade as “a first step” in a process he called a “retool.” […] Throughout draft week, strong internal debate centered on a full rebuild, sources said. The Bulls engaged in talks with the Celtics and, to a much lesser extent, the Timberwolves to move up for their top target, Providence guard Kris Dunn.

Both teams asked for Jimmy Butler, sources said. And when the packages offered for the two-time All-Star guard didn’t suit the Bulls, they fell back Thursday into a comfort zone, drafting a mature, four-year college player from a prominent program who projects to contribute immediately and is considered a strong leader. […] “I’m just so glad I’m going to the Bulls,” Valentine said.

The Bulls held advanced discussions with the Celtics centered on Butler and the No. 3 pick. One proposal featured Avery Bradley, a source said. Another involved Jae Crowder, a second source said. Other pieces would have been included. […] But the Celtics have a reputation around the league of trying to win trades, and the overall package kept changing and never met the Bulls’ liking, sources said. Management understands the talent and value of Butler. And the Bulls ultimately liked the package they received from the Knicks for Rose more than the package offered for Butler.