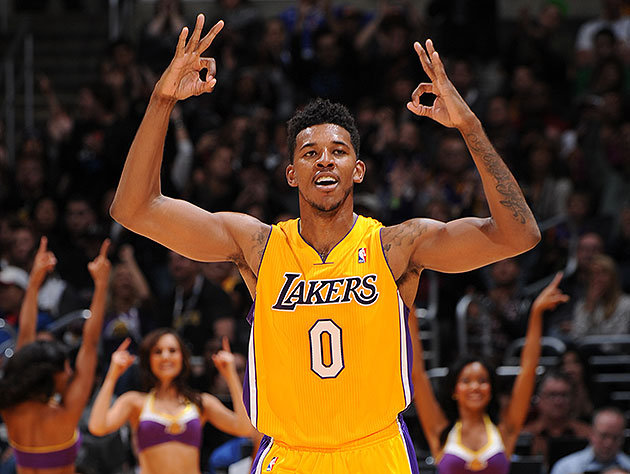 Don’t let the trash talking on the court (and playful jabs through the media) fool you: Kobe Bryant is counting quite a bit this season on teammate Nick Young.

Young is expected to provide scoring and leadership off the bench for the Los Angeles Lakers.

And Bryant isn’t alone in his belief in Young – head coach Byron Scott says Swaggy P has what it takes to win the Sixth Man of the Year award.

“That’s big to, like I said, play against somebody like Kobe everyday and have him teaching you, but at the same time trying to go at you,” Young said. “Y’all are pushing each other and that’s a great feeling.”

Young admitted that head coach Byron Scott’s training camp has him feeling exhausted. But Bryant thinks that added conditioning will lead to Young to “discover another level to his game.”

“I really believe Nick has a chance to be Sixth Man of the Year,” Scott said. “That’s just my vision of the way I think he can play in the system that we have. So I think that type of weapon coming off the bench for us when we need somebody to score, he’s obviously capable of doing that. […] And he’s doing it within the perimeter of our offense, as well. So it’s not like he’s taking bad shots. He’s running all the plays. … If he can keep growing on that end of the floor and on the defensive end as well, which I thought he did a great job of today as well, like I said, I think the sky’s the limit for him.”