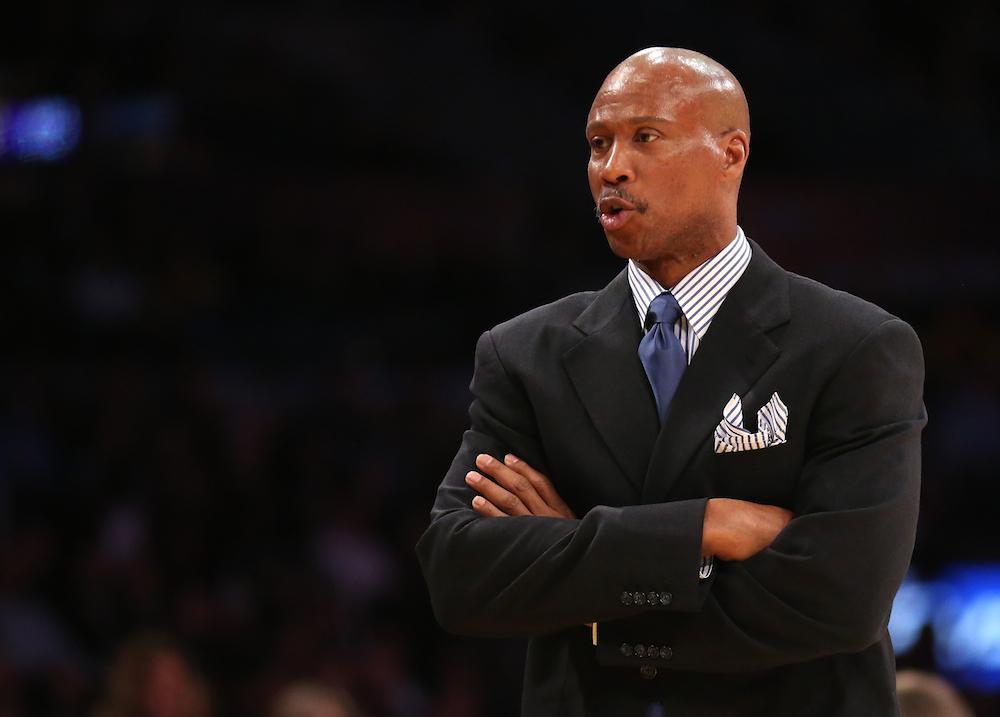 Last season, Byron Scott infamously declared that he had no use for so-called advanced basketball statistics, and seemingly to drive the point home that he was completely out of touch with the modern NBA, discouraged his team from taking a lot of three-pointers.

Scott appears to have had a change of heart coming into the new season—the Los Angeles Lakers have a better, healthier roster, and their head coach wants them launching plenty of threes.

Byron Scott is more progressive than you think! Not only would he not eliminate 3-pt line, he says he would add a 4-pt line.

Remember when Byron said Lakers would shoot 12-15 3s last year? This year he says Lakers will fire 18-25 per game.

Scott’s comments about the uptick in three-pointers and a wish for a four-point line came after he was asked what he’d change about the League if he were named commissioner.

But his willingness to add a 4-point shot was especially interesting, considering comments made last season that he did not believe 3-pointers win championships. […] However, he said Tuesday that he was not so old school that he wants to get rid of 3s, and took it a step further.

“I think the 3-point line is exciting,” he said. “I would add another line and make a 4-point line as well. I’d say let’s go another three or four feet back and that’s a 4-pointer.” […] Scott is not the first person to float the idea. In 2014, league executives said a 4-point line had come up in very preliminary conversations about changes the league might make.

Last season, Scott made headlines during the preseason by saying the Lakers would shoot between 12 and 15 3-pointers per game, which would have put them at the bottom of the NBA. […] They ended up shooting 18.9 3s per game, more than five other teams. Scott said that number will likely increase this season, with Nick Young, Lou Williams, Kobe Bryant, Jordan Clarkson and Anthony Brown all good 3-point shooters.