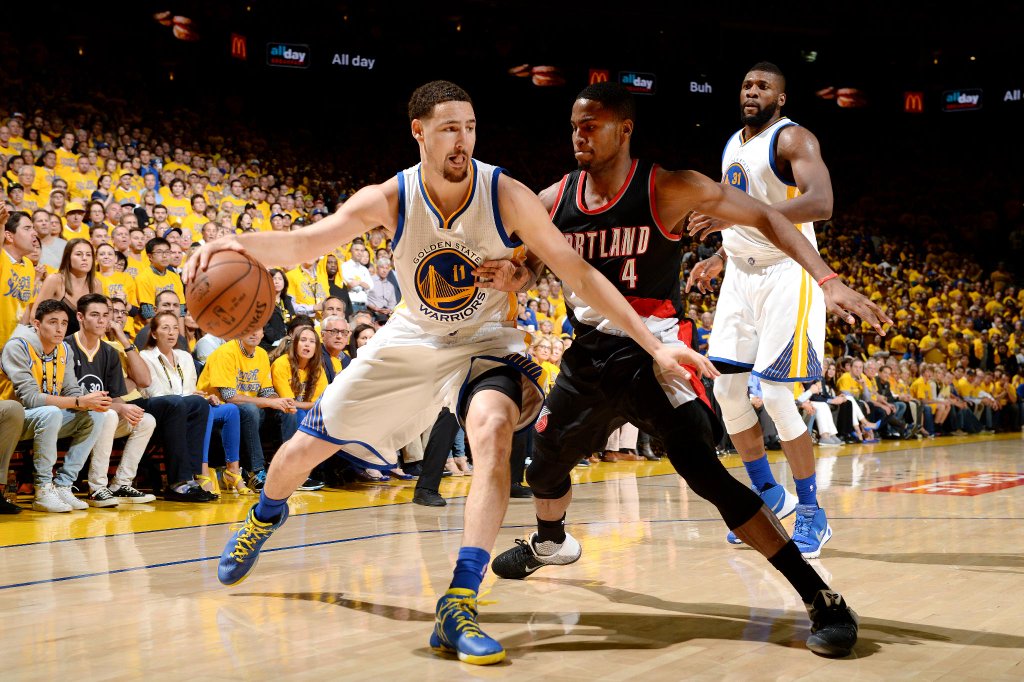 Prior to Game 2 of the Blazers-Warriors second round Playoff series, guard C. J. McCollum dredged up a familiar complaint about the defending NBA champions.

McCollum says the Dubs get the benefit of the doubt from the refs when they set “illegal screens”, which he argues they do quite often.

“They set a lot of illegal screens,’’ Blazers guard CJ McCollum said Tuesday at the team’s shootaround at The Olympic Club. “They are moving and stuff. That’s the respect you get when you are champions, you get a lot more respect from the referees. You have to figure out a way to get around those screens and make it difficult.’’

McCollum was the primary defender against Thompson, who scored 37 points for the Warriors in their 118-106 Game 1 victory. […] After Game 1, Portland coach Terry Stotts said he would likely change his game plan, and one of the areas he would first evaluate was the team’s defense on Thompson.