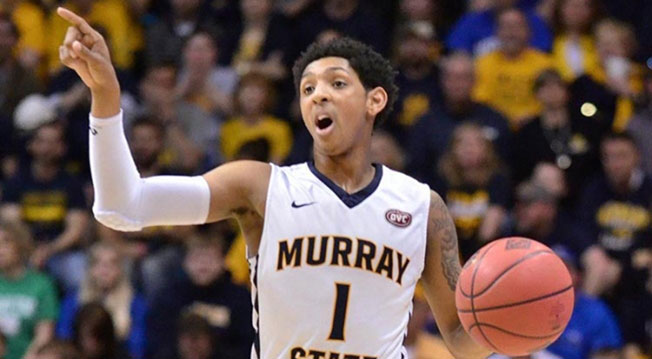 Murray State point guard Cameron Payne fractured his right ring finger during a workout with the Nuggets on Monday. According to DraftExpress, Payne’s injury on his off hand will not require surgery, but he plans to sit out the next three weeks as a “precautionary measure.”

Cameron Payne suffered a non-displaced fracture in the ring finger of his right (off) hand in a workout in Denver on Monday. After seeing a hand specialist in New York, it was determined that Payne suffered a clean fracture which will not require surgery, and will sit out the next three weeks as a precautionary measure. His hand is currently in a splint, not a cast.

Cam continued to work out even after suffering the injury in Denver, and he could probably play in a meaningful game tomorrow if he needed to,” his agent Travis King told us, adding that the precise timetable for his return will be set after an additional visit with a specialist next week.

Payne was seen wearing a soft cast on Wednesday during a meeting with Celtics’ GM Danny Ainge.

Payne is currently projected to go in the late Lottery of next week’s Draft, and the injury isn’t expected to significantly alter his draft stock.