Carmelo Anthony Bothered By the Knicks’ Lack of Energy 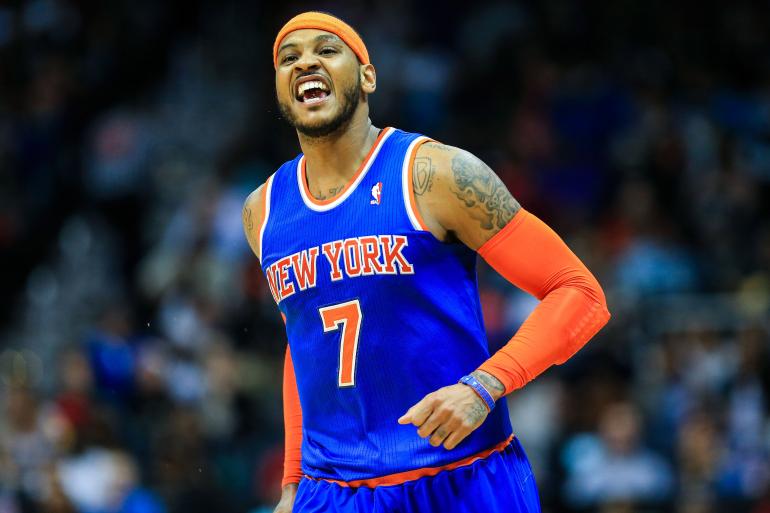 The New York Knicks are off to a 2-3 start, and in their three defeats, they’ve at times resembled last year’s troubled squad.

Carmelo Anthony stresses that the team urgently needs to pick up its energy level.

Friday night, the joint in Brooklyn will be jumping as the Knicks visit their crosstown rivals the Nets.

It may be too soon to sound an alarm, but it is distressing to see players who remember the pain of missing the playoffs last season performing sluggishly. In their three losses, the Knicks have been down double digits and in two of them didn’t fight back or make it a game.

In the past two games, losses to the Wizards and the previously winless Pistons, the Knicks played in spurts, showing traces of the disappointing team that went 37-45 for Mike Woodson. They started fast and fizzled Tuesday against Washington, losing by 15. The next night at Detroit, they fell behind by 18, came on late but lost by three. […] “We got to hit first,” Amar’e Stoudemire said. “We got to let teams know we mean business.”