Carmelo Anthony ‘Closer’ to Shutting it Down for the Season 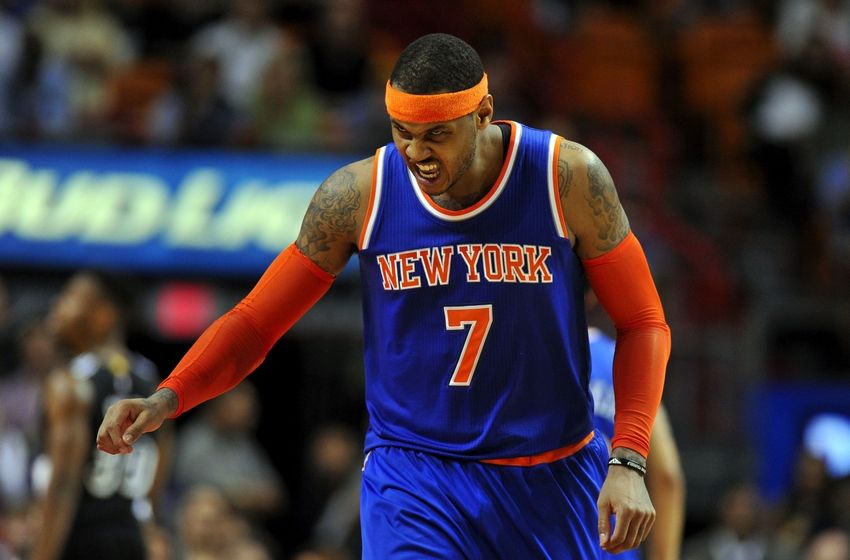 Anthony, who aggravated a left knee injury Monday night in a 109-95 road loss to the Miami Heat, says he might already be on the Chillin’ List were it not for NBA All-Star Weekend in New York.

Anthony is expected to have a procedure on his left knee sometime after the All-Star break, but first he wants to play in Sunday’s All-Star Game at the Garden. That might not be derailed by what happened in the fourth quarter of the Knicks’ 109-95 loss to the Heat Monday night, but he said he’s getting closer to shutting it down.

“It’s little things that I’m doing out there on the court, I’m restricted, or I’m not getting that power or that bounce,” he said. “To do something like I did tonight, I’m getting closer to that point.”

Anthony hit a step-back jumper with 7:47 left in the game and said he “irritated” his knee when he planted. He winced as he headed downcourt and pointed to the bench. The Knicks called timeout shortly thereafter, and Anthony went to the locker room to get re-taped. […] “I’m not thinking about All-Star at this point,” he said. “As long as I can go to Orlando and wake up and kind of don’t feel nothing or no soreness, I’ll see what happens.”