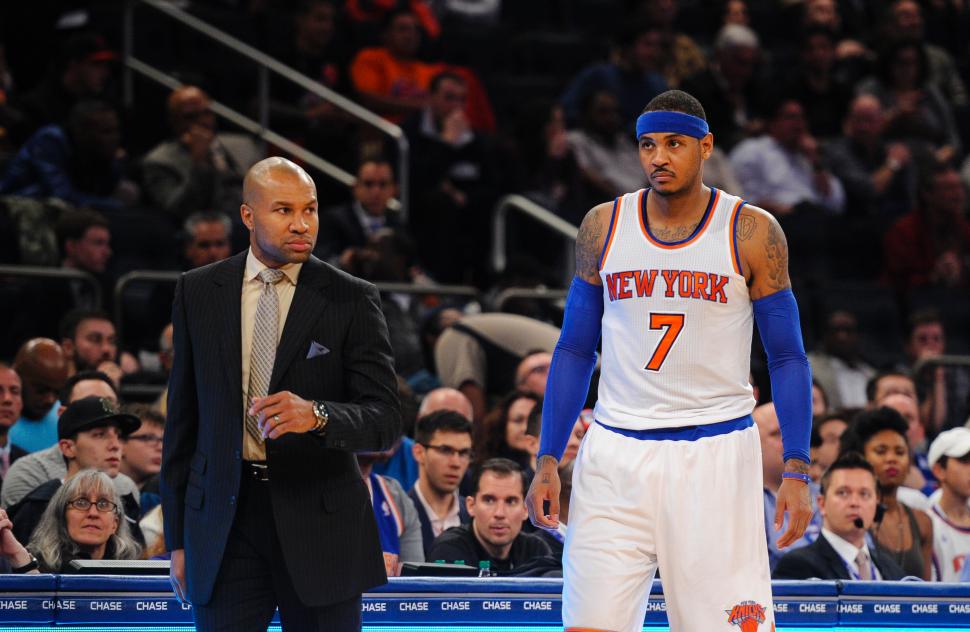 Surgery may be the “last, last option”, but eventually, Carmelo Anthony may have no choice but to shut himself down for a chunk of time.

For now, Melo appears willing to gut it out through the pain.

“Carmelo is Carmelo,” Fisher said. “We don’t necessarily make decisions for him. He’s part of the conversation. We have our opinions and have expressed them. We all talked about different things. It’s really a decision he has to make on what’s best for him and his career. […] He’s also concerned with his team and his teammates.”

“We’ll try to figure out the right balance,” Fisher said. “Right now he wants to be in there. He feels he’s capable. Sometimes it’s day to day. He’s smart enough [to know] when he’s jeopardizing [his status].”

“It was simple, stick a needle in there,” Anthony said about a minor procedure to drain a swollen left knee two seasons ago. “This is totally different. There’s a different feeling. It’s soreness, it’s weakness, it’s fatigue.” […] Anthony indicated there could be a point “eventually” when it wouldn’t be worth it for him to play out the season, but he’s not there yet. “It’s tough all the way around,” Anthony said. “We got a whole more than half the season left.”