Carmelo Anthony: If Phil Jackson Doesn’t Want Me In New York, ‘That’s a Conversation We Should Have’ 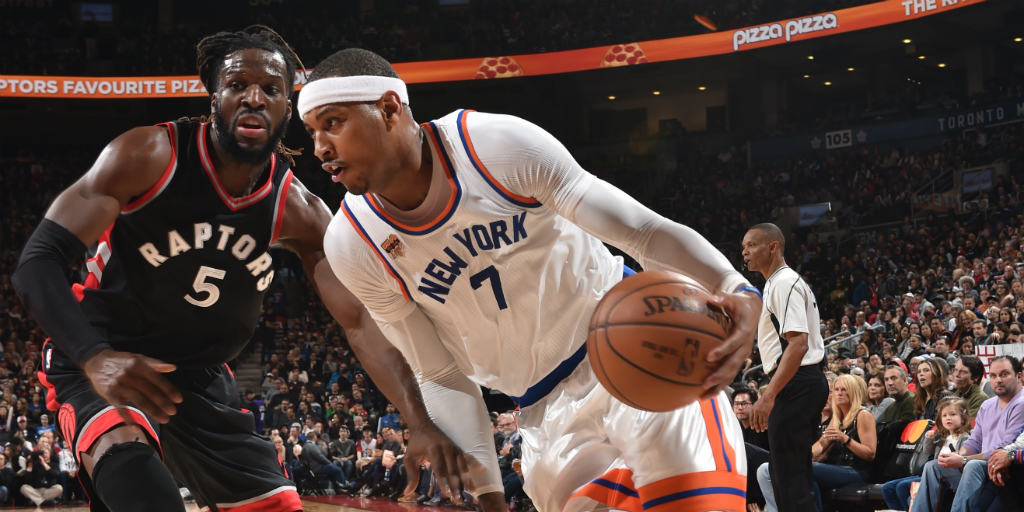 The Knicks season continues to slip away and Carmelo Anthony sounds like he’s getting fed up with Phil Jackson. Charley Rosen, a longtime Jackson confidant and co-author of a few of the Knicks team president’s books, wrote in an article for FanRag Sports that Melo has “outlived his usefulness in New York.”

When asked about the line following New York’s 116-101 loss in Toronto earlier today, Melo said that if that’s how “they” feel, then he and Phil Jackson should have a “conversation” about his status as a Knick.

From the New York Daily News:

Melo was reportedly informed twice that the line was written by Rosen and not Jackson, but the Knicks star didn’t budge:

Anthony has a no-trade clause and reiterated that he does not intend to waive it at this time:

“I’ve never even thought about that,” he added. “I guess people are talking about it but it’s not something I’ve thought about so far.”

Jackson has not made any public comments about the Knicks and hasn’t been heard from since announcing on Twitter that he and Jeannie Buss were calling off their engagement.