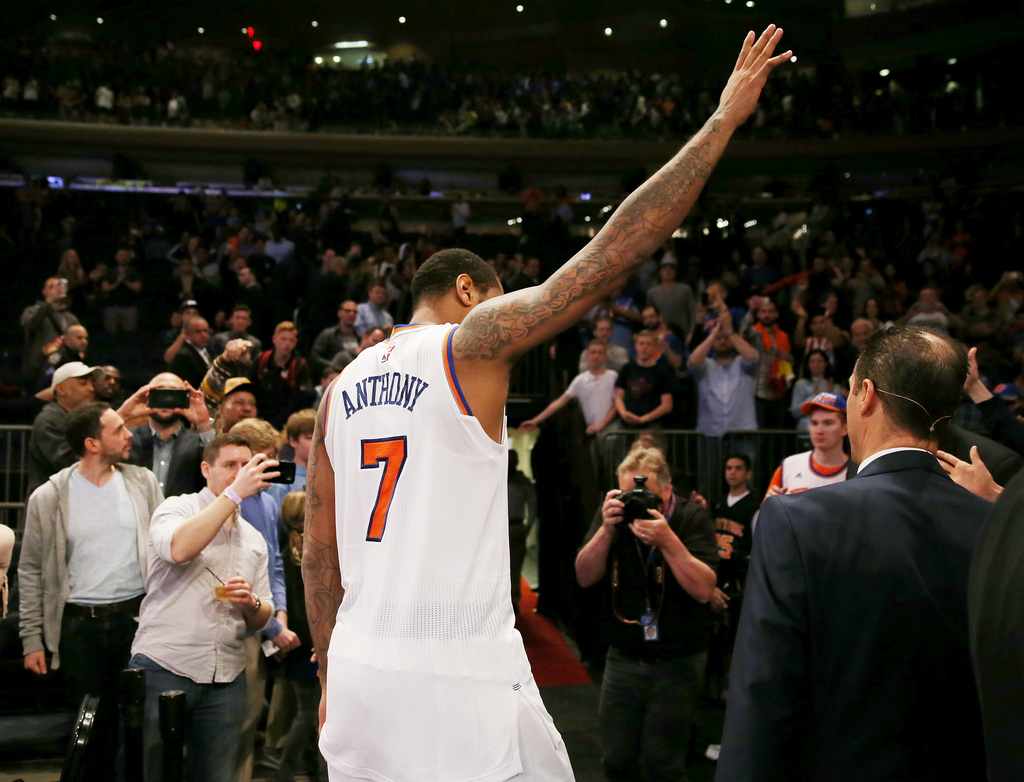 Carmelo Anthony decided to suit up after all in the Knicks’ season finale Wednesday night, and afterwards, he acknowledged that this might have been his last game in a New York uniform.

Melo says the Knicks “might” look once again to part ways with him this summer.

Carmelo knows NYK may try to trade him again this summer; he wants to stay in NY but wants a commitment to winning – https://t.co/JRdiyalAsz

Anthony, 32, says he would “love” to remain a Knick, but wants to play in a winning environment.

Carmelo Anthony knows there is a possibility the Knicks could again look to trade him this offseason.

New York spoke to multiple teams about trades involving Anthony before the February trade deadline, and Anthony said Wednesday that he had seriously considered waiving his no-trade clause before the deadline.

“There was a point in time when I didn’t think I would be back here,” he said.