Carmelo Anthony May Sit Out Possible Final Game With Knicks 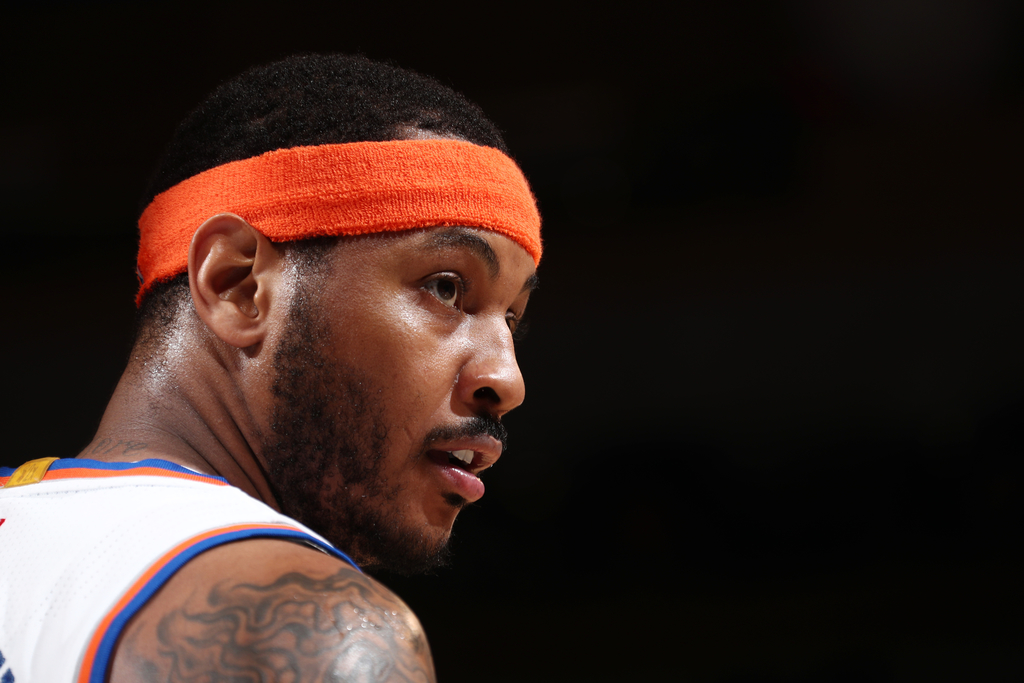 Carmelo Anthony is listed as “questionable” for tonight’s regular season finale, in what is possibly his last game as a New York Knick.

Melo is dealing with a sore left knee, which has kept him out of the last two games.

Melo questionable for finale, may have taken his final shot as a Knick: https://t.co/iwelzBYBci

Head coach Jeff Hornaceck wouldn’t commit on whether or not the 10-time All-Star would be in a Knicks jersey next season.

“I think it’s all his choice still, isn’t it, with his contract?” Hornacek said following Tuesday’s final practice of the season. “I think every year until guys are gone, coaches, we all assume we have the same team. That’s how you prepare. When something changes you deal with it.”

Anthony has a no-trade clause. But the Knicks and Anthony have been on the road to a divorce for the last couple of months.

Later this week, Anthony will have his exit meeting with (Phil) Jackson, Hornacek and general manager Steve Mills. Anthony said recently, “The chips will be on the table.”