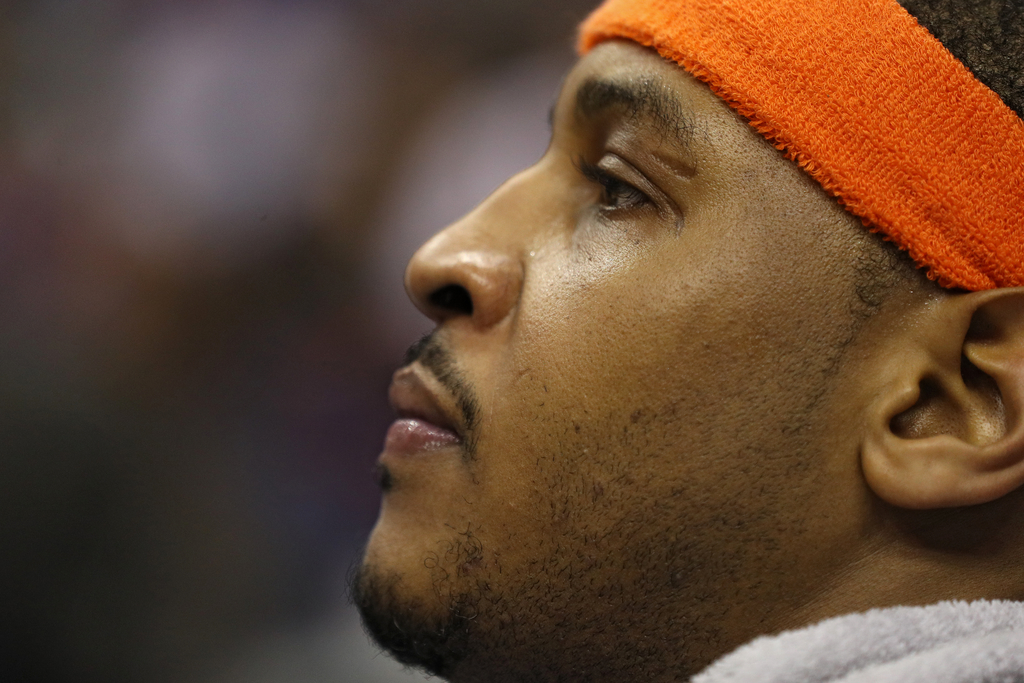 Carmelo Anthony hasn’t said much about the possibility of waiving his no-trade clause, but he admits that his family will play a critical role in his ultimate decision.

Melo doesn’t sound like he’s quite prepared to move them out of NYC.

As trade rumors swirl, Melo says family will factor in his decision: "That’s more what I care about, my family." https://t.co/wKhjrQwYGB

The trade deadline is Feb. 23.

“That’s more what I care about, my family,” Anthony said following Tuesday’s shootaround. “My son being comfortable in New York at an age now where he’s really getting an opportunity to understand being in New York and having a home there and having friends there. My wife working there and having her opportunities there. I think about that more so than my decision for my career.

“At the end of the day, it will come down to my decision. But I think more about my decision and what they’re going to have to go through if anything would happen.”

The Knicks reportedly have had conversations with the Clippers, Cavaliers and Celtics. The belief is it would be difficult for Anthony to turn down an opportunity to play with his good friends Chris Paul with the Clippers or LeBron James with the Cavaliers.