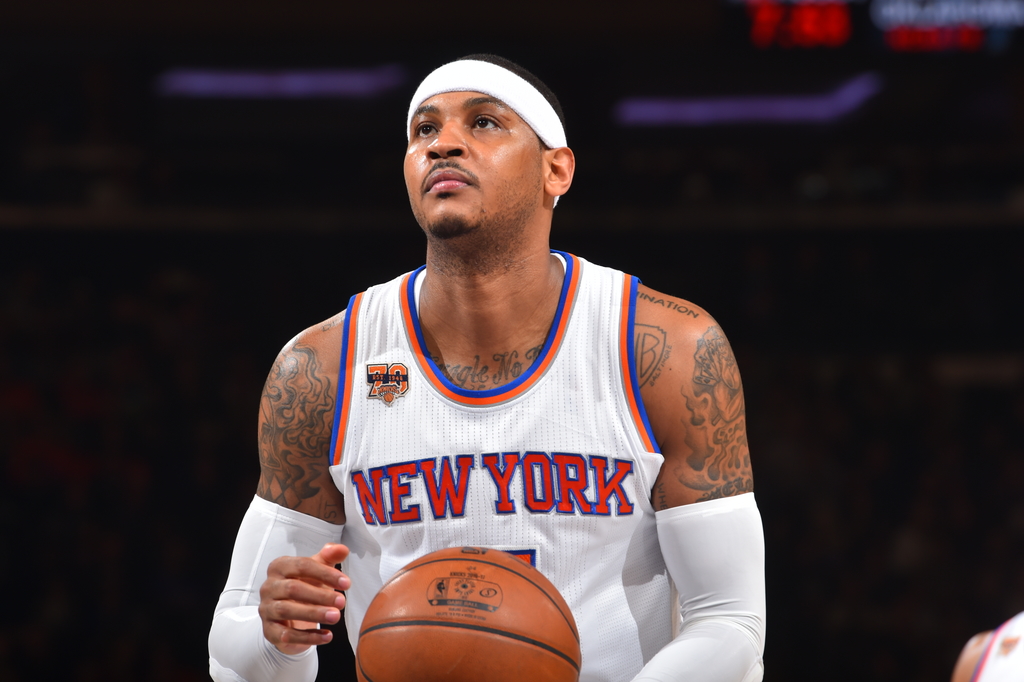 When things are going badly for the Knicks, Carmelo Anthony understands that he must shoulder the blame.

New York has lost six in a row, and Melo accepts that he must come up with answers and solutions.

#Knicks Carmelo Anthony on taking blame: "It is what it is. Regardless of what happens when we win, it's us. When we lose, it's me"

The Knicks’ season had begun promisingly, but Kristaps Porzingis’ sore Achilles heel has caused him to miss three games in a row, and the situation has turned ugly.

Whether or not the Knicks (16-19) dig themselves out of their hole and take advantage of the forgiving L-Eastern Conference, Phil Jackson has set the precedent that there’s reason for alarm. The Knicks last season owned the same record through 35 games, and Derek Fisher was fired about a month later while in the midst of a 1-9 stretch. Hornacek’s Knicks are 2-9 since Dec. 13.

So there’s plenty of blame to go around, but Anthony again finds himself as the scapegoat — even on the team’s network. […] “I always tell you it is what it is,” he said. “I’ve been telling you that since I’ve known you.”