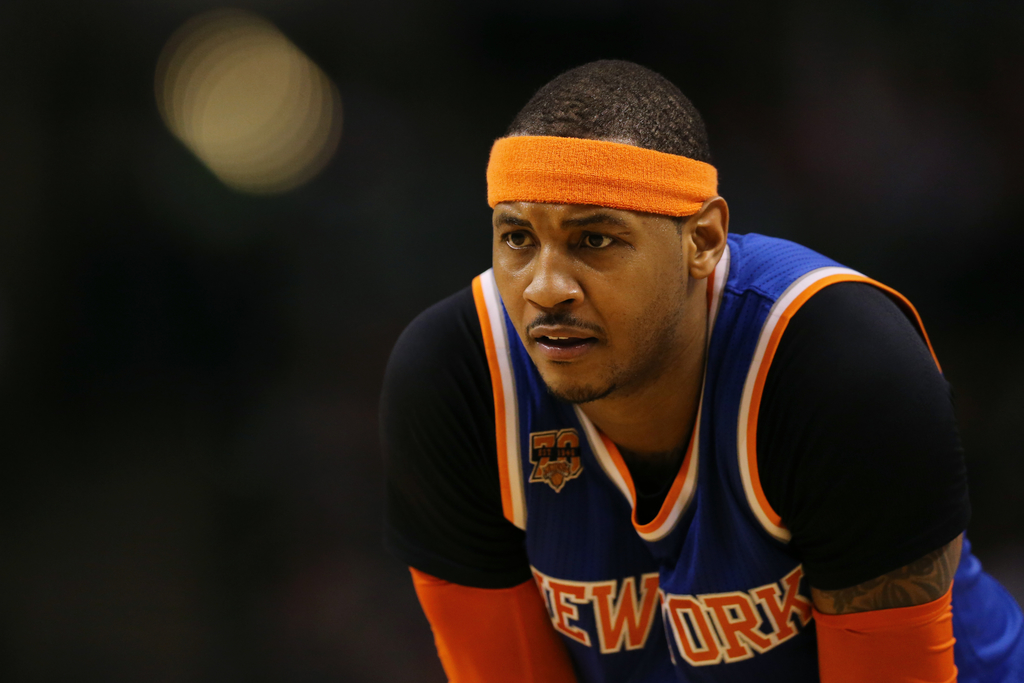 If the New York Knicks are serious about making a change in personnel, then Carmelo Anthony is willing to listen and perhaps waive his no-trade clause.

Anthony says the ball is in Phil Jackson’s court.

Carmelo Anthony tells Newsday he would "consider" leaving if Knicks mgmt said they want "to scrap this whole thing."https://t.co/OU77tzyTP6

Melo and Phil had an unproductive chat earlier this week, and the veteran forward is increasingly frustrated with the situation in Gotham:

“I think it will be more on the front office,” Anthony told Newsday this week. “I have the power, but still I would talk to them. We would be in communication if they feel like they want to go in a different direction, they want to start rebuilding for the future. If they tell me they want to scrap this whole thing, yeah, I have to consider it.”


It would be easy for Anthony, who signed a five-year contract in 2014, to look for a more stable, winning environment. But he said he doesn’t want to turn his back on his team right now, or make it all about him.

“It’s hard for me to think about that right now,” Anthony said. “When you’re in the middle of battling, whether we’re winning or losing, me personally, it’s hard to even sit down and say, ‘[Expletive] I want to get out of here.’ […] There’s a part of me that also would feel like I’m being selfish to the guys that are on the team right now, in the midst of us losing to just try to figure a way to escape from everything. For me personally, it would be more of something I would really have to think about and consider. Put it all on the table and figure it out.”