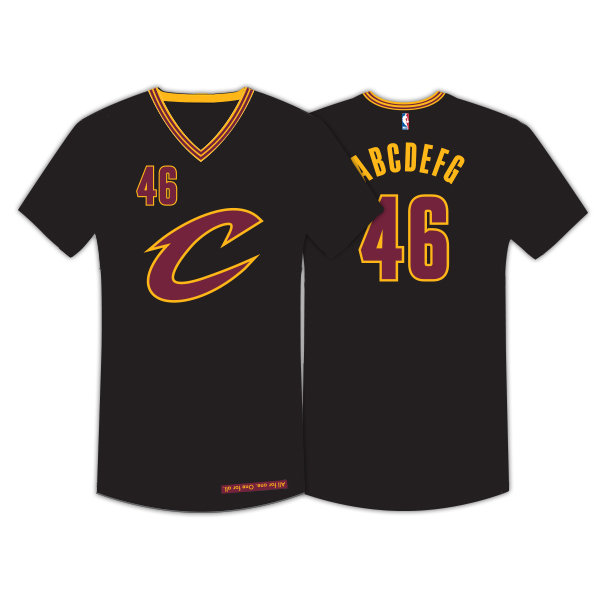 LeBron and Melo are all set to square off tonight at the Q, and the Cavaliers are spicing up the match-up with a brand new jersey for the 8 p.m. game on ESPN. Peep the design below:

Here’s more info regarding the uniforms from Cleveland.com:

The Cavaliers haven’t worn black uniforms since the days of Milt Palacio and Smush Parker.

That changes tonight when the LeBron James and Co. take the court in their new black sleeved jerseys against the New York Knicks in a nationally televised game on ESPN. The uniforms feature a big Cavaliers “C” logo in the center of the jersey with the player’s number on the upper chest.

While the team wore black from 1994 to 2003, this is the first time they’ve worn sleeves. James donned sleeves before as a member of the Miami Heat. He famously blamed the snug-fitting jersey for a poor shooting night against the Spurs in 2014.

“I’m not making excuses, but I’m not a big fan of the jerseys,” James told ESPN at the time. “Every time I shoot it feels like it’s just pulling right up underneath my arm. I already don’t have much room for error on my jump shot. It’s definitely not a good thing.”

The new black sleeved jerseys are part of the Cavaliers uniform repertoire that includes 8 different looks. They’ve yet to wear a uniform set twice thus far this season.