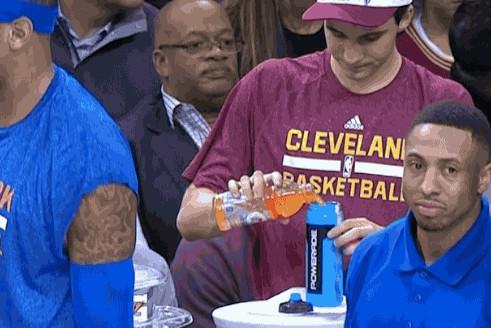 No, this is not a joke. BottleGate is a real thing in Cleveland.

The Cavaliers are looking into why one of their young employees mysteriously served players Gatorade in Powerade bottles Thursday night -– the Cavs have a sponsorship deal with the former.

“We are looking into why the Powerade bottles were used. We’re trying to figure out what happened.”

The team made sure to clarify that the incident did not occur on their bench — however it was a Cavs employee who made the switch.

So what the hell happened? “That’s what we’re trying to figure out.”