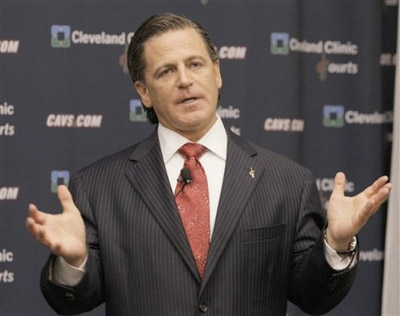 After LeBron James left the Cavaliers in 2010 and signed with the Miami Heat, team owner Dan Gilbert fired off an insane (and hurtful) letter to Cleveland fans, accusing James of betrayal and guaranteeing that the Cavs would win an NBA title before LeBron did. Now given one more chance to reunite with James, Gilbert and the Cavs wisely unpublished the rant from the team website on Monday:

For 4 years, Dan Gilbert's letter after LeBron's decision has been on team website. It appears it was removed today: http://t.co/O256mqVtNs