NBA Releases Two-Minute Report for Cavs-Warriors, Says LeBron Should Have Been Called For a Tech 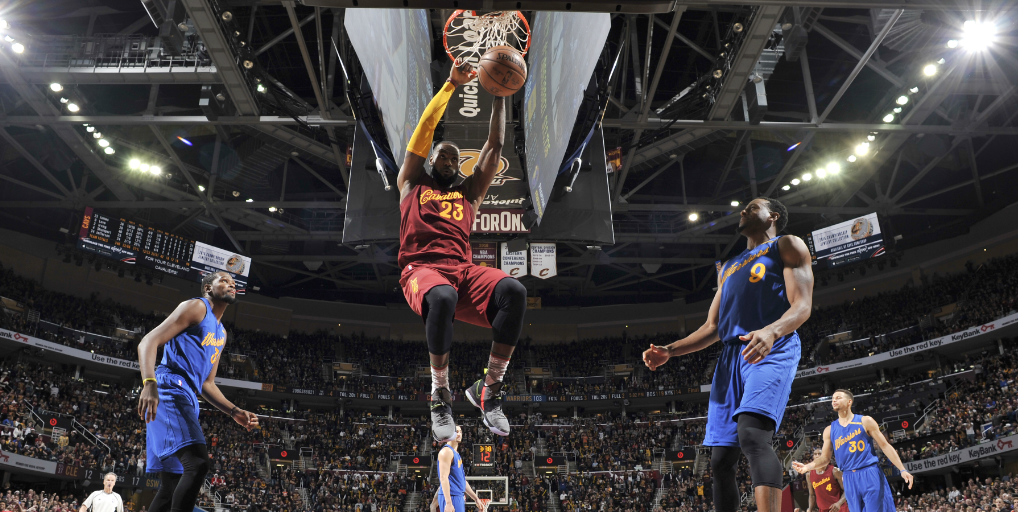 The Golden State Warriors-Cleveland Cavaliers matchup on Christmas Day lived up to the hype, but the Cavs win didn’t come without a bit of controversy. The NBA released its two-minute report late Monday and said that the referees missed two calls against Cleveland down the stretch, including a missed technical foul call on LeBron James.

According to the League (via ESPN), LeBron should have been given a tech for “deliberately hanging on the rim” after his dunk with 1:43 remaining put Cleveland up 105-103. Richard Jefferson also should have been called for a foul with 3.1 seconds left for making foot contact with Kevin Durant that was determined to have “affected Durant’s rhythm, speed, balance or quickness on the play.”

KD told The Undefeated that he would have made the shot if he wasn’t tripped up:

“I would’ve made that shot if he didn’t trip me up. … But they ain’t calling it on him at their crib. It’s not his fault. It’s not the refs’ fault, either.”

“We all think we’re fouled on every play in every single game,” Jefferson said. “That’s why I say I know the referees have a very hard job. I switched to his body. It looked like he lost his balance. He was trying to regain his balance, and as soon as I saw him start to stumble, I ran off. I ran off so it wouldn’t look like I was trying to pressure him more, so he didn’t trip on my foot and it looked like I bumped him — nothing.

LeBron has not commented on the report yet since he did not play against the Pistons last night and was not made available to the media.