Celtics Co-Owner: ‘I Would Love to Play LeBron in the Playoffs’ 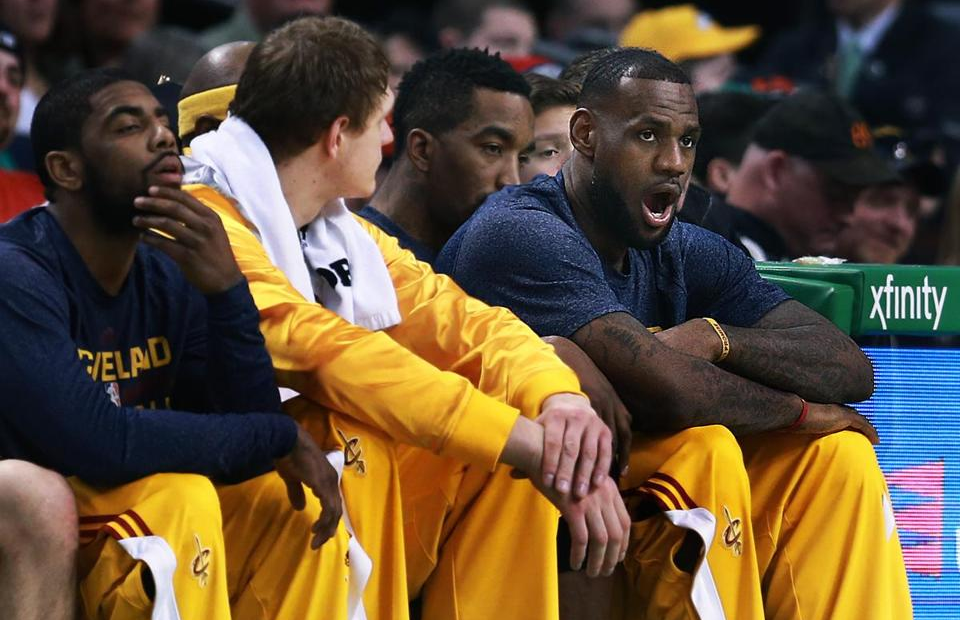 It’s unlikely that most Boston Celtics fans want anything to do with LeBron James and the Cleveland Cavaliers in the postseason, but team co-owner Wyc Grousbeck says bring it on.

Grousbeck, in a sports radio interview over the weekend, isn’t daunted by the prospect of going up against the heavily-favored Cavs in the first round of the Playoffs.

The C’s enjoyed two wins in a row over Cleveland this weekend, but many of Cleveland’s stars were mostly watching and comfortably resting on the bench.

Per the Boston Globe (via CLNS Radio):

The last time the Celtics faced the Cavs at full strength was back on March 3 when Cleveland handed Boston its worst loss of the season in a 110-79 beatdown. […] That type of performance is indicative of the domination the Cavs have imposed on their opponents during the second half of the season. Since returning from a two-week absence on January 13, James has led the new-look Cavs to an Eastern Conference best 32-10 record. Additions such as Timofey Mozgov, J.R. Smith, and Iman Shumpert have strengthened LeBron’s supporting cast, making them the East favorites in the eyes of Vegas oddsmakers.

Kendrick Perkins was a late-season free agent addition for the Cavs, and was surprised to hear his former owner wishing for a series with LeBron. […] “Did Wyc say that?” Perkins asked with a puzzled look after Sunday’s loss, “I ain’t got no comment. No comment.”